Home » Hip Hop News » Fans are not feeling Lil Fizz or Apryl Jones, as they trash them both in the IG comments of Omarion’s interview with Raquel Harper; Fizz gets blasted for being disloyal and Apryl gets accued of trying to get back at Omarion #RaqRants #LHHH 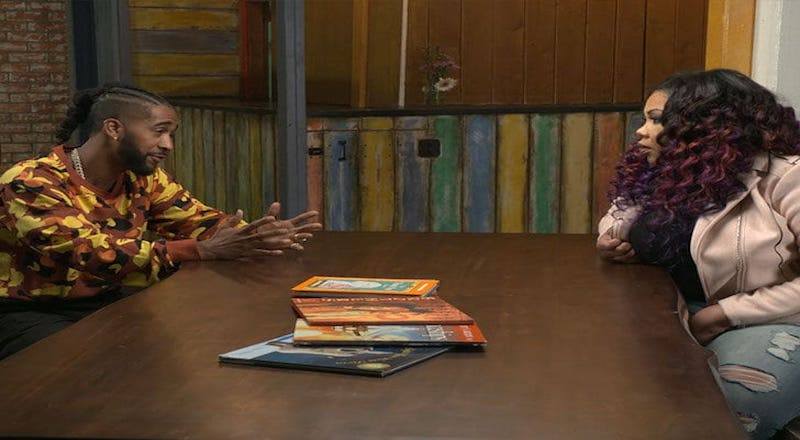 This week’s trending topic goes to the “bro code.” For the last couple of days, fans have been living on the high of B2K being reunited along with Omarion and his baby mama drama with band mate Lil’ Fizz. This comes after Fizz and Apryl Jones were spotted bringing in the new year snuggling up with one another, creating speculation over their “friendship.

Because of this, many fans have been concerned about the fate of the upcoming “Millennium Tour” following the rumors about his ex hooking up with his group member. According to O, he isn’t losing any sleep over the thought of his ex and mother of his children, Apryl, rumored to be dating his band mate and friend Fizz. Omarion goes on to say:

“At the end of the day, you know, good, bad, or indifferent, she’s still the mother of my children. People go through things, and people have a difference in opinion. That’s fine.”

During a sit down with TMZ’s Raquel Harper for Tuesday’s (January 8th) episode of “Raq Rants” on BET, Omarion says he isn’t interested or involved with Apryl’s love life. She’s free to do whatever it is she pleases as long as this new sparked love affair doesn’t intervene with the gentlemen and their B2K reunion tour.

Although Apryl and Fizz claim that they are only friends, Apryl claims she will be at the concert and O continues to say, “ She can do whatever she wants to do. She’s a grown woman.” As long as their companionship doesn’t cause any drama or embarrassment for the ‘Love & Hip Hop:Hollywood’ stars during their “Millennium Tour,” Omarion is not worried about it. Fans on the other hand weight in on the situationship… check out the comments below.

Read the comments about Fizz and Apryl below:

More in Hip Hop News
Old video surfaces of Andrea Kelly talking about R. Kelly, saying she still supports him, in spite of the allegations, contradicting the whole #SurvivingRKelly documentary she participated in [VIDEO]
Cassie who? Diddy is reportedly dating Kat Pasion, according to Instagram rumors, fueled by them both being at Paradise Island, at the same time + Diddy is following her on IG [PHOTOS]