Home » Hip Hop News » Omarion left Maybach Music, reveals they never helped promote his music, said neither MMG or Atlantic believed in “Post To Be,” and he has his own label, OWW (Omarion WorldWide) [VIDEO] 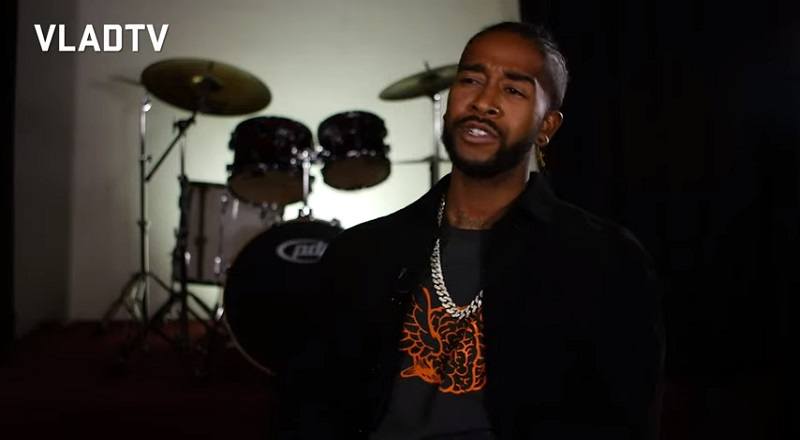 To this current generation, Omarion is probably best-known for his single, “Post To Be,” with Chris Brown and Jhene Aiko. Because of the gap in hits, O is written off as a one-hit wonder. But, Omarion is far from that, as he was in B2K, and dropped two successful albums.

Nearly a decade prior to “Post To Be,” Omarion released two albums, spawning hits, such as “O,” “Entourage,” and “Ice Box.” Label changes led to Omarion having struggles. His ordeal with Young Money happened, and then he went to EMI, as the label was restructuring.

In 2010, Rick Ross, fresh off the 50 Cent beef, began to assert himself as a boss. The Miami rapper bragged of maybe signing Wale, who had a major dispute with Interscope. People wrote it off, but he signed Wale and Meek Mill, developing the latter into a mainstream star.

That trio joined the Maybach Music label and propelled Rick Ross to being 2011’s biggest artist, without even dropping an album. The momentum was so huge in 2012, as Rick Ross kept signing artists, holding a huge press conference to announce Omarion was signed. Many were confused by O doing this deal, but he jumped right in, doing “This Thing of Ours,” with the crew, alongside Nas.

However, Omarion on MMG was underwhelming, as “MIA,” featuring Wale, dropped, and received no support. At the time, O told “The Breakfast Club” it was due to MMG moving from Warner to Atlantic Records. But, the single didn’t do well, and then 2013 saw “Know You Better,” featuring Fabolous and Pusha T also have hit potential with no push, so Omarion was just there, and then “Post To Be” dropped, also with no support, but O pushed it.

During his recent VladTV interview, Omarion spoke on this, giving MMG little to no credit, saying Atlantic was the real label, but also gave them no credit. Ultimately, he would say he’s now 100% independent, no longer signed to anything but his own label, OWW, which stands for Omarion WorldWide.

More in Hip Hop News
Keyshia Cole checks Nick Cannon for calling her an “elder” to her 23-year-old baby daddy, and talks return to BET reality TV [VIDEO]
Sandra Lambeck, popular IG model, got roasted, over unedited photo that went viral, which she blamed on bad makeup, before venting about bullying, as Twitter defended her, saying both pics look exactly the same, and that she’s beautiful