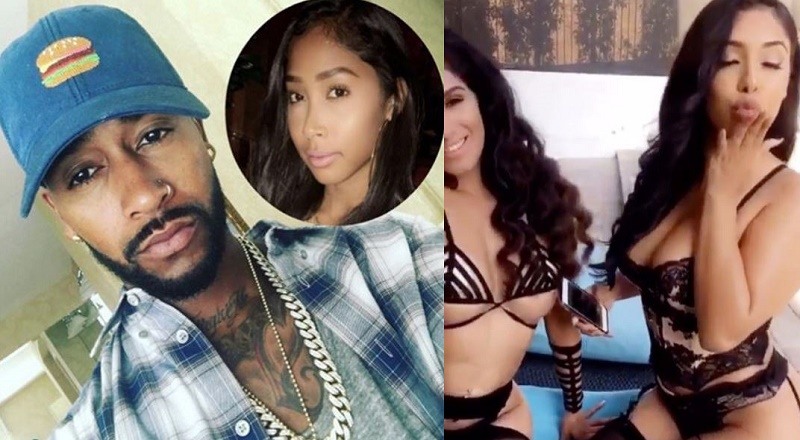 There was a time when Omarion and Apryl Jones were “Love & Hip Hop’s” model couple, if there ever was one. Unlike all of the other couples, they had no drama. However, they abruptly split in early July of 2016, just days after welcoming their second child.

The former couple did not participate in “Love & Hip Hop Hollywood” season three. However, Apryl did an interview with VH1, where she said she and Omarion are still on good terms. That was up until Omarion released “It’s Whateva,” an Apryl diss.

After Apryl responded via Twitter, she made a boss Snapchat move, showing up on Game’s profile. While nothing happened, more than likely, knowing Game’s history and how Apryl was acting, it leaves much to the imagination. Omarion has remained silent, as social media has clowned him, but he has Your Amor and Miss Bianca on set of his new music video.