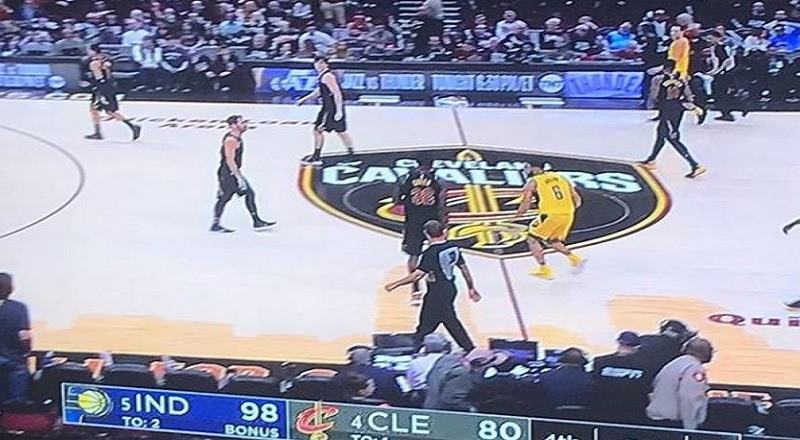 Proving people wrong is all the Indiana Pacers have been doing, ever since they gave up Paul George for “nothing.” That trade for Victor Oladipo was a stroke of genius. Everybody expected the Pacers to tank, but Oladipo led them to a 48-34 record, nothing to laugh at.

This season has seen the Pacers get some solid wins over contenders, even finishing with more wins than the Spurs. In the season, they also went 3-1 over the Cleveland Cavaliers. Today’s win made that 4-1, overall, and three wins from clinching the series.

Never in LeBron James’ career has he lost the first game of the playoffs, and he’s never lost in the first round. The Pacers changed all of that, as Lance Stephenson danced his way to a sixteen point win. All of the fans on Twitter have a lot to say about this, clowning the Cavaliers after their loss.

Read the tweets about the Cleveland Cavaliers below:

More in Hip Hop News
Lance Stephenson is giving LeBron that work, and he dunked on him! The Pacers are blowing out the Cavs and Twitter says Lance is bullying LeBron like it’s 2014! #CavsPacers #NBAPlayoffs [VIDEO]
Pleasure P and Baby Blue got into a fight after Pretty Ricky show and people say that Pleasure P got the upper hand, and he had time to explain it to the fans #LHHMIA #LHHMiami