Home » Hip Hop News » Pardison Fontaine disses The Rock after he said he wants to be Megan Thee Stallion’s dog, telling The Rock to tell his wife to use more seasoning 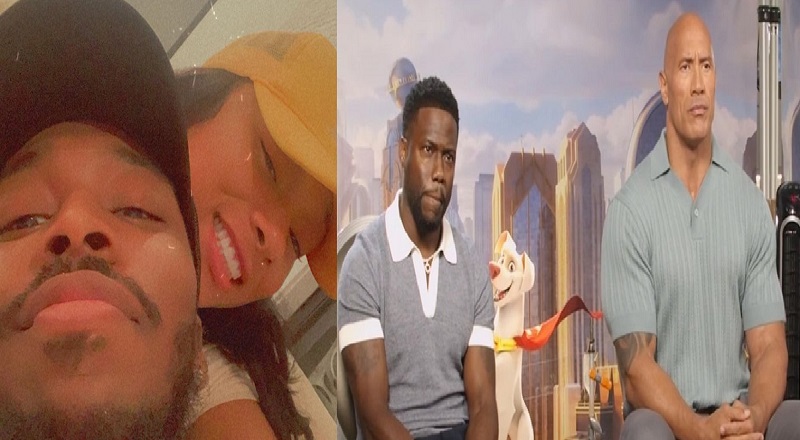 Pardison Fontaine rose to fame as a producer for Cardi B. He was one of the visionaries behind Cardi B’s earlier hits, from 2017. After that, Pardison put out his own record, “Backin’ It Up,” featuring Cardi B, which became a hit single late in 2018.

Pardison Fontaine has had to deal with a lot, when it comes to Megan Thee Stallion. When a man begins dating an attractive woman, they have to put up with other people wanting that woman. The situation is magnified when a woman happens to be as famous as Megan Thee Stallion. Over the weekend, The Rock did an interview for SUPERPETS, and was asked whose pet he wanted to be. Not only did The Rock say he wanted to be Meg’s dog, he also admitted he wouldn’t mind being more. As a result, Pardison Fontaine called The Rock out, telling him to tell his wife to use more seasoning.

Continue Reading
You may also like...
Related Topics:backin' it up, cardi b, dwayne "the rock" johnson, featured, moneybagg yo, pardison fontaine, superpets, tory lanez

More in Hip Hop News
Beyoncé’s “Break My Soul” becomes number one song in US, after “Renaissance” album has number one debut
Fetty Wap arrested by FBI, for parole violation, after waving gun at man during phone call, for accusing Fetty of being a snitch