Home » Hip Hop News » Parker Mckenna’s Mom Speaks on Her Daughter Being Allegedly Abused by YouTube Star, Chris Sails: “He is trash and when Parker is ready to address things she will do that on her own terms” 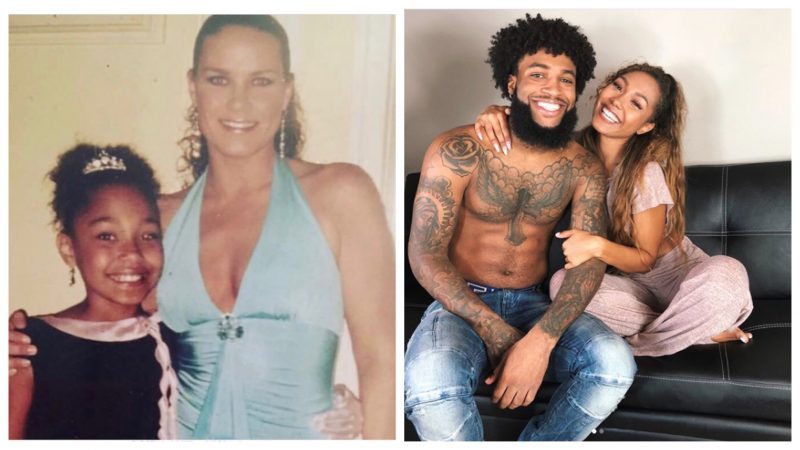 ’My Wife and Kids’ star, Parker McKenna Posey has remained silent about whether or not her boyfriend, YouTube star, Chris Sails, beat her. Photos of Parker covered in bruises with 2 black eyes surfaced on blogs, and everyone is pointing the finger at Chris. While Parker may not be ready to tell the world what happened to her, her mother, Heather, doesn’t have a problem spilling a little tea on what happened. She posted a picture of herself and Parker for National Daughter Day. In the caption she says, “in honor of National Daughter Day, I stand with you, I stand for you and by you always and forever!”

A fan commented on the post asking about when Parker was going to address the allegations against Chris so that his fans can know what happened. Her mother replied by saying “I’m not the least bit concerned about Chris’ fans, he shouldn’t have ANY by now. He is trash and when Parker is ready to address things she will do that on her own terms.”

Sounds like her mom is confirming that Chris did indeed hit her daughter. Smh. We wish Parker a speedy recovery and all the best through this tough time.

More in Hip Hop News
Jacquees was forced to remove his version of “Trip” by Ella Mai, after his version received more attention than hers; Fans on Twitter react, saying his version made them like Ella Mai’s, and he had the better of the two
Bow Wow Apologizes To So So Def After Beefing With Jermaine Dupri On Social Media