Home » Hip Hop News » Patrick Ewing went OFF and Twitter loved him giving it to the refs, because it got the Hoyas playing this Duke game + Ewing giving it to his own assistant is making fans root for Georgetown [VIDEO] 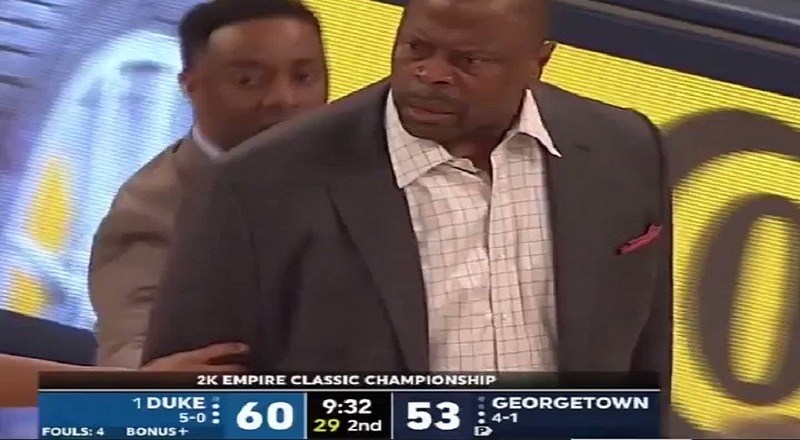 During the 1990s, the New York Knicks were consistently one of the toughest teams in the league. The reason for this toughness was their center, team captain, Patrick Ewing. Hard was the only way he knew how to go, and the Knicks gave teams the business.

While the Knicks never had enough to win the championship, every championship of the 1990s went through Madison Square Garden. That level of passion just doesn’t go away. After doing NBA assistant coaching, Patrick Ewing took over as a college head coach.

Patrick Ewing went back to Georgetown to take over as the head coach of their Hoyas program. Tonight, they are matched up against Duke and, tonight, Patrick Ewing FLIPPED on the refs. His face sums it all up, as he was going in, and fans loved his energy, especially when he went at his own assistant, who tried to calm it down.

Patrick Ewing damn near lost it on his own assistant pic.twitter.com/cPBbr0psbc