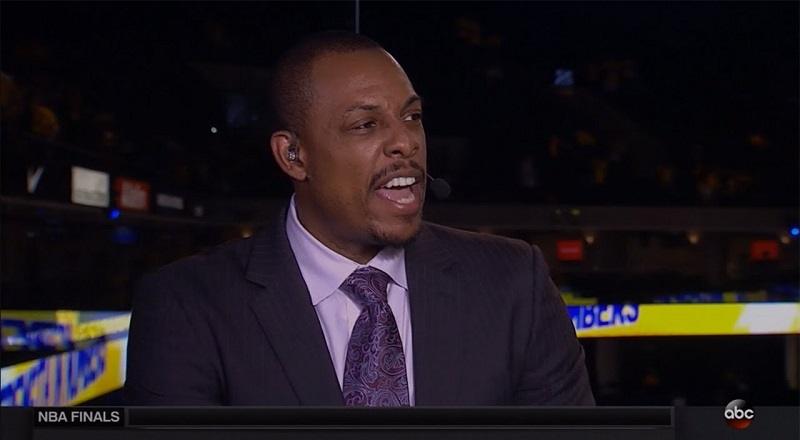 Paul Pierce became the Celtics’ first franchise player after the original “Big 3” era with Larry Bird, Kevin McHale, and Robert Parrish ended. A lot happened during the Pierce era. In the end, he couldn’t do it alone, so the Celtics added Ray Allen and Kevin Garnett.

Tonight, during the Warriors/Cavaliers Game 2 NBA Finals game, Paul Pierce was one of the commentators. During his time speaking, Pierce said that Kevin Durant is the best player in the world. The fans on Twitter have called Paul Pierce out for hating, and proceeded to roast him for still being salty with LeBron James.