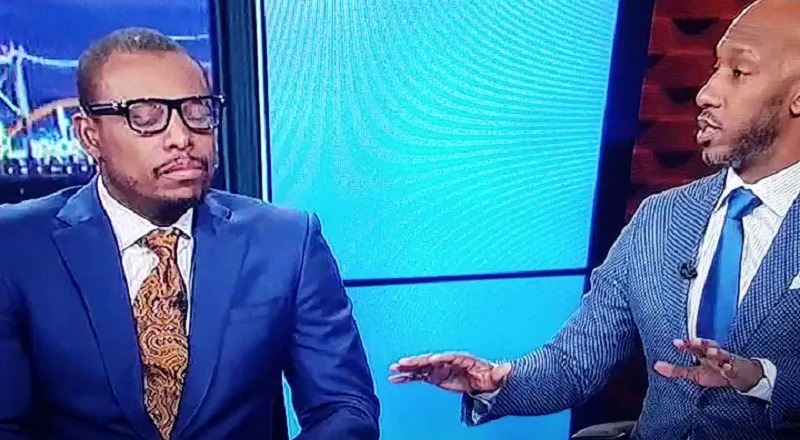 Since the Celtics’ 2008 championship and 2010 NBA Finals run, there’s been a lot of hype about Paul Pierce’s career. But, Pierce was more of a mid-level star than a superstar. Make no mistake, dude was never a scrub, but he wasn’t exactly LeBron James, either.

Paul Pierce was the leader of the Boston Celtics, taking them to the playoffs in 2002, 2003, 2004, and 2005. The next time the Celtics made the playoffs was after trading for Kevin Garnett and Ray Allen. This followed a 24 win season, but Pierce was a Finals MVP champion.

The sudden expansion of the Celtics coincided with LeBron James realizing his potential, with Boston being his roadblock. Those victories over LeBron, and Kobe Bryant, helped Paul Pierce raise his profile, but he’s still in a different category than those guys. When Michelle Beadle called him on that, Twitter went nuts!

Read the tweets about Paul Pierce below: