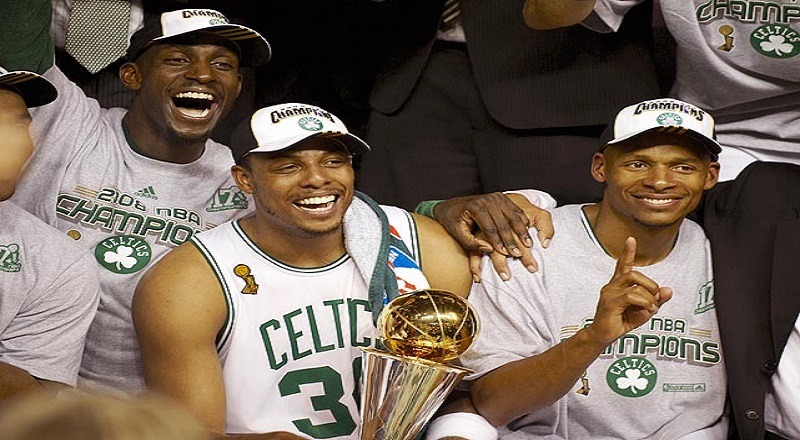 Until 2007, the Boston Celtics had a mediocre reputation in the 1990s and the 2000s. Their dynasty years lasted from the early years of the NBA until the Larry Bird, Robert Parrish, Kevin McHale era of the 1980s. The time since then was a time of “bad” luck.

Paul Pierce became the franchise player for the Boston Celtics in the early 2000s. Briefly, the Celtics were perennial playoff contenders in this era, but they faced early playoff exits. Soon, they were missing the playoffs, altogether, but then the team added Kevin Garnett and Ray Allen.

Immediately, the Boston Celtics went from being the worst team in the league to the best record and a championship. One more NBA Finals appearance took place, but the Celtics only won one title and Ray Allen left for the rival, Miami Heat, in 2012. Ray Allen received plenty of backlash for this and Paul Pierce recently explained why, as he said Allen was a good teammate, but wasn’t very friendly off the court and he went onto say he felt Sam Cassell was the true third member of the “Big Three,” alongside him and Kevin Garnett.

More in Hip Hop News
Wale talks “The Album About Nothing,” music business, and more with DJ Superstar Jay [VIDEO]
Wiz Khalifa tops Billboard and receives 1 million streams in a day with “See You Again” on Spotify