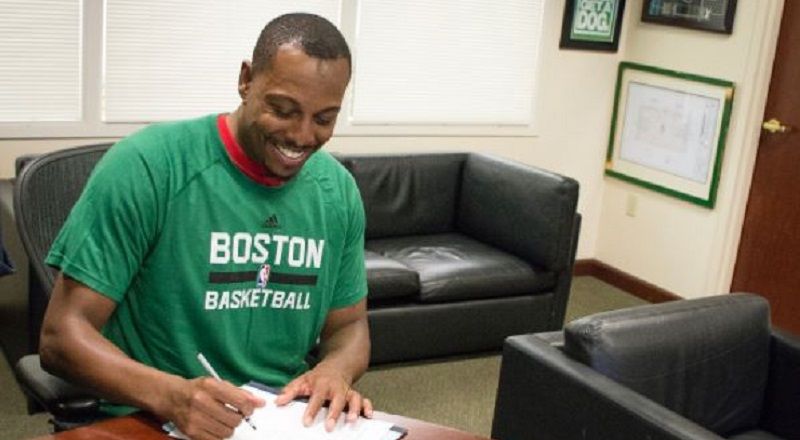 Believe it or not, there was a time when nearly every NBA team had a star player and had a shot to make the playoffs. It’s a time called the 90s, a futuristic time, increasingly becoming the past. Back then, a man named The Truth, aka Paul Pierce, emerged.

The Boston Celtics fell apart, following the retirements and departures of Larry Bird, Kevin McHale, and Robert Parrish. This trio won three titles, played in six NBA Finals, and dominated the NBA. But, in the 90s, it was Jordan’s time, and Paul Pierce wanted the 200s.

Paul Pierce, while a great player, was unable to get the Boston Celtics past the Conference Finals. When the team began to falter, the Celtics traded for Ray Allen and Kevin Garnett, handing them the 2008 title, over Kobe Bryant’s Lakers. After the 2012 playoffs, the Celtics traded Pierce, who played for the Nets, Wizards, and Clippers in his final seasons.

Today, Paul Pierce became a Celtic, once again, signing for one day, so he could retire with his team.

More in Hip Hop News
40 Glocc gets arrested in connection to prostitution ring in Minnesota, this afternoon
Treasure P was on #LeaveItToStevie, early this year! Remember when Stevie hung out with Yung Joc and the girl lifted Stevie’s shirt? It was Treasure