Home » Hip Hop News » Paul Pierce slander, on Paul Pierce Day? Not all of Twitter is feeling the Paul Pierce tribute, and fans are arguing over people calling him “overrated” #PaulPierceDay 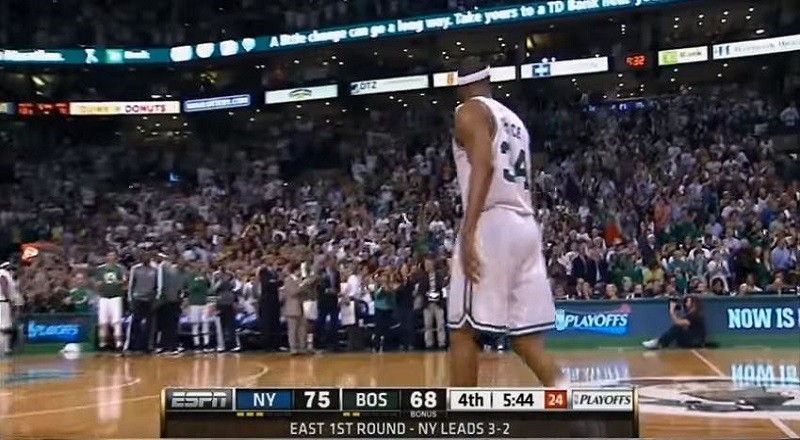 As if Twitter wasn’t telling enough, Paul Pierce is getting his jersey retired, today. The Boston Celtics are going to honor him and they need to. Whatever people say about Paul Pierce, he gave his all to the Celtics and he didn’t want to leave.

Paul Pierce spent the first thirteen years of his career with Boston and he went to the NBA Finals, twice. In 2008, Pierce won the Finals MVP, as the Celtics beat the Lakers. Even before the titles, Paul Pierce proved he was a strong player.

But, when it comes to being a player like Paul Pierce, there is always backlash. There are tons of NBA fans who think Paul Pierce is overrated, so they are really raining on the parade, right now. Then, there are the Celtics fans, and Paul Pierce fans, fighting over the “Paul Pierce slander.”

Read the tweets about Paul Pierce below:

More in Hip Hop News
Rich Dollaz calls out Stacey Dash and says she definitely should not run for Congress; Dash hits back, clowning him for saying “u” instead of “you” [PHOTO]
Raptors are brutalizing the Hornets, right now, their bench unit is shooting the lights out, and #NBATwitter says Toronto has the best ball movement + bench #BenchMob