Home » Hip Hop News » Paul Wall is trending, but he’s okay, fans on Twitter saw him on the Thursday Night Football intro for the Texans and Colts; Cowboys fans take it as a diss 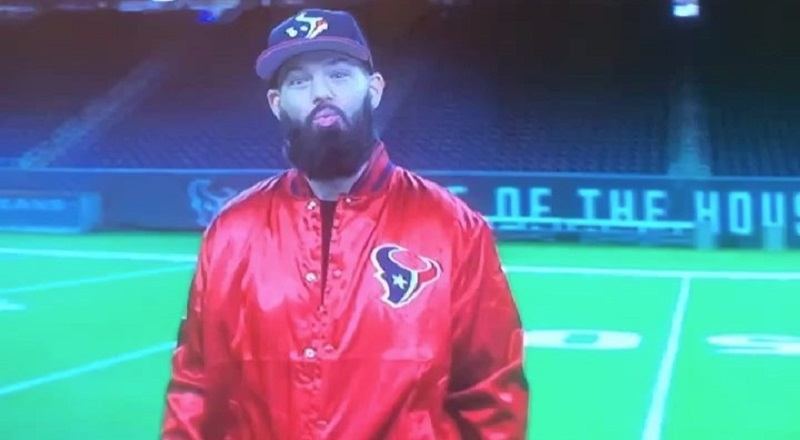 Tonight, the internet is indeed going nuts, as Paul Wall was back in the spotlight, for a night. The Houston Texans got the nod for tonight’s edition of Thursday Night Football. Facing off with the Indianapolis Colts, NBC tapped Paul Wall to represent for the team.

Before this current era of Houston domination, the city’s hip hop scene took off, in 2005. The era was led by Mike Jones, but he rose with both Slim Thug and Paul Wall. Also in the mix was Chamillionaire, who became the best-known of the unit.

Ultimately, all of them were relatively forgotten by 2007, only dominating on the mixtape level, from which they emerged. But, Paul Wall is back for the Texans, tonight. He is Houston’s hometown boy, and his recollection of Texans’ history has him trending on Twitter, as Cowboys fans are insulted by the comments about the Texans beating them, but fans are happy to see Paul Wall, tonight.

Watch Paul Wall’s promo and read the tweets below:

More in Hip Hop News
Lou gives Supa Cent a public apology, calls her his fiance, thanks her for giving him a baby girl, and tells her he wishes he was better; Posts photo of her draped on his shoulder [PHOTO]
Carmelo Anthony talks trash on the rebound and then hits the 3-pointer | Trail Blazers vs. Bucks | #NBAonTNT [VIDEO]