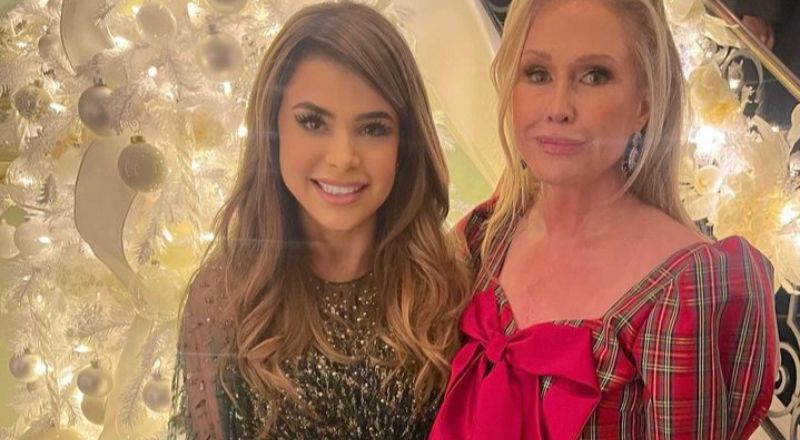 As celebrities shared their Christmas photos, one picture in particular stood out from the rest. Social media reacts to new images of Paula Abdul, where it appears she is over editing photos. Paula celebrated the holiday by posting some pictures of her and close friends. However, fans and social media quickly took notice of Paula’s drastically new look, accusing her of over editing photos. Paula Abdul is one of the top choreographers to ever grace the stage. A prominent figure in dance and music since the 1980’s she started out dancing for the Lakers before being discovered by The Jackson Family. Paula began choreographing music videos for Janet Jackson including “Control” and “What Have You Done For Me Lately.” Releasing her debut album “Forever Your Girl,” under Virgin Records, Paula quickly became one of the top selling artist during that time. Paul made another impact on pop culture by being an original judge on the television show American Idol in 2002. In recent years, she’s no longer recording music but is still making special appearances on various shows throughout Hollywood.

As new photos of her surface, fans couldn’t help but point out her new look. Online users are accusing her of potential cosmetic surgery or the use of a Facetune editing app. Although no editing or cosmetic surgery has been confirmed, Paula Abdul is still captivating people with her beauty.