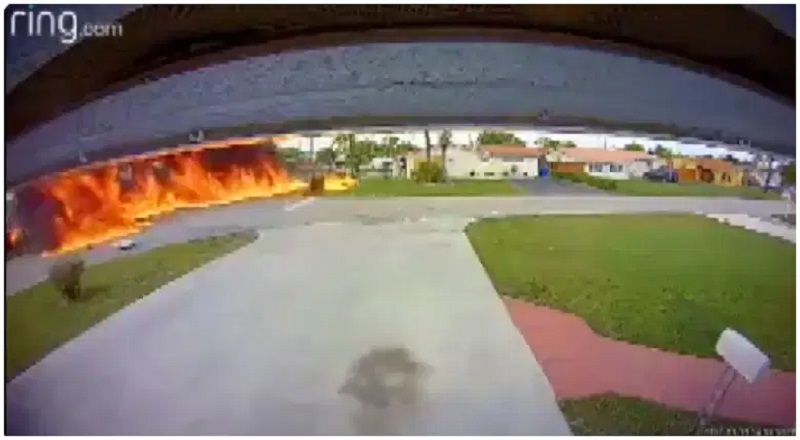 Yesterday, Florida was home to a devastating accident, which left two people dead. It seems as if there is always a tragedy taking place in Florida. This one, though a freak accident, was caught on camera.

Pembroke Pines, Florida is a mid-sized city, in South Florida, located in Broward County. Considered a suburban city, it was home to a deadly plane crash. The crash would end up becoming world news.

Ultimately, two people wound up dead, as the airplane crash, at North Perry Airport, in Pembroke Pines, Florida, would leave two people dead. Also, a car was destroyed, and a mother and child were injured. The whole thing was captured on a person’s Ring.com camera.