Home » Hip Hop News » Petey Pablo and Lil Jon came out during Saweetie’s “My Type” set to perform “Freek-A-Leek” and fans on Twitter say they saved the entire set, giving them props #HipHopAwards 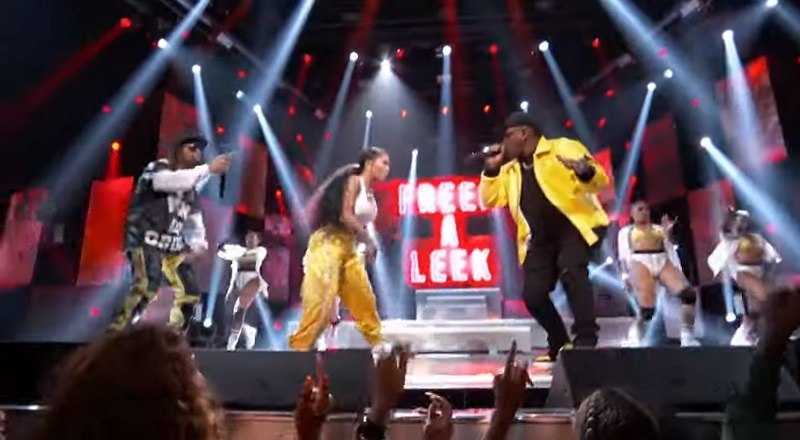 Until 2015, Petey Pablo was forgotten by most of the people. However, he was cast in “Empire” for only one episode, as Clyde, a man that encountered Lucious Lyon (Terrence Howard) in prison. The two came together for “Snitch B*tch,” Lucious’ comeback single.

Since “Empire” season two, that song is often mentioned, and referenced in other tracks. When Cookie (Taraji P. Henson) robbed Damon (Wood Harris), she left a phone playing the track. But, they all left Cldye (Petey Pablo) behind.

Saweetie was paying attention, though, sampling “Freek-A-Leek,” the classic Petey Pablo and Lil Jon single, for “My Type.” That song is what she performed, tonight, getting trashed for it. But, Twitter loved how both Lil Jon and Petey Pablo came back to reclaim their song, crediting them for saving her performance.

Read the tweets about Petey Pablo and Lil Jon below:

More in Hip Hop News
Lil Duval brought out a little person and she was twerking! Twitter says this is too much, but that the midget killed it! #HipHopAwards
Ari goes off on a profanity laced rant about G Herbo letting their son spend time with Taina, so Twitter drags her for letting Gervonta be around her son, after he allegedly hit and beat her