Home » Hip Hop News » Phil Jackson is being trashed on Twitter for his weird Carmelo rant; #NBA Twitter ain’t got time for that 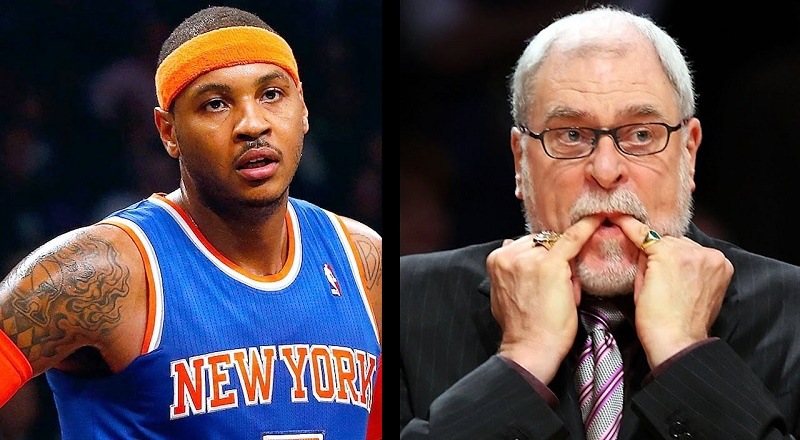 Being a leader is something a lot of people want to do, but not everybody is cut out for. Because he won so many championships as a coach, Phil Jackson was the obvious guy to fix the Knicks. But, going on four years, this thing has been a disaster.

Whatever the Knicks do seems to blow up in their faces. The coaches don’t work, Carmelo isn’t efficient, the pieces don’t work, and the list just goes on. So far, Phil Jackson has been quick to point the finger at Carmelo Anthony, which may or may not be fair.

Phil Jackson went on another one of those famous Twitter rants and he’s getting every bad look in the world for it. Again, it’s tough being a leader, even when it is a person who has proven to be cut out for it. Tough decisions have to be made, but Phil is catching it from the folks on social media.

Read the tweets about Phil Jackson below:

More in Hip Hop News
Offset and Cardi B are winning out here! Fans on Twitter are here for this new relationship and think they make a cute couple
Block issues an apology to Riley Burruss for not being present in her life and reveals he had dinner with her and Kandi #RHOA [PHOTO]