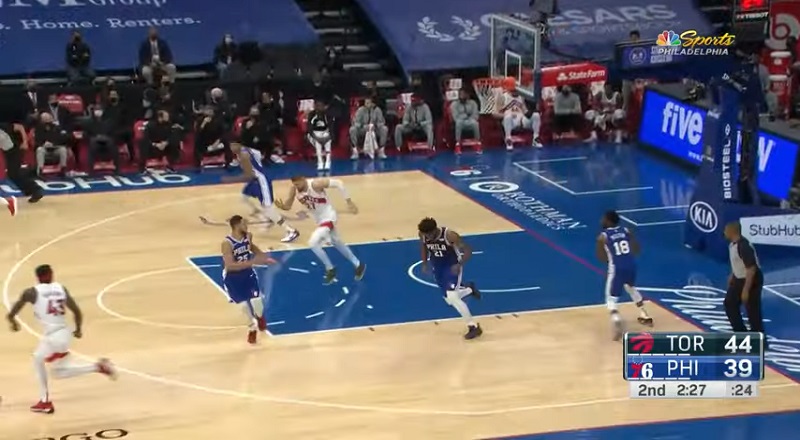 Following years in the cellar, which was a team decision, the Philadelphia 76ers re-emerged as contenders, in 2018. The Sixers built through draft picks, eventually building around Ben Simmons and Joel Embiid. A playoff win over Miami, losing to Boston, proved a lesson.

In 2019, the Sixers added Tobias Harris and Jimmy Butler, midseason, becoming favorites, in the East. After a Game 1 loss, to the Nets, they beat them in five games. They played a classic seven game series, against the Raptors, highlighted by Kawhi Leonard’s game-winner.

Of course, the 2020 season threw a curveball to every NBA team, but the Philadelphia 76ers struggled to find their groove. The team did manage to win their home games, though, but got swept by the Celtics in the playoffs. Focused on doing better, this season, the Sixers beat the Toronto Raptors, on December 29, making them undefeated at home through the entire year of 2020.

Watch the 76ers’ win over the Toronto Raptors below: