Home » Hip Hop News » #PhilaUnite: The city of Philadelphia comes together, rallying on Twitter, for the Philadelphia 76ers, as they begin the playoffs, against the Brooklyn Nets, today #HereTheyCome 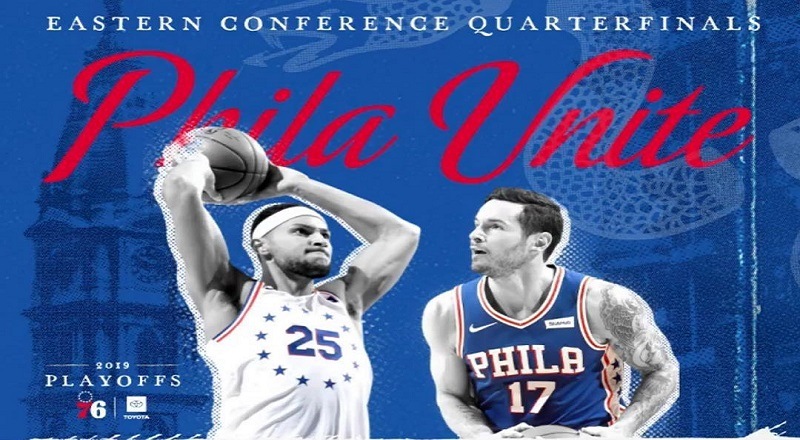 Following years of #TrustTheProcess, the Philadelphia 76ers broke through, last season. Led by Ben Simmons and Joel Embiid, the Sixers won 52 games, making the playoffs for the first time since 2012. Their playoff run was nearly identical to 2012, in 2018.

In the first round, the Sixers made quick work of the Miami Heat, who recently welcomed Dwyane Wade back, before falling to the Celtics. A team that went all out, they lost their stars. Instead, Jayson Tatum, a rookie, and Jaylen Brown, a second year pro, led Boston.

The Philadelpha 76ers are now regarded as contenders, winners of 51 games, this season. During the season, they added Jimmy Butler and Tobias Harris to their lineup. In a little over an hour, they will play the Brooklyn Nets, who return to the playoffs for the first time in four years, and Twitter is hyped, even though some think they may lose, if Joel Embiid isn’t cleared to play.

Watch Tobias Harris warming up for Game 1 below:

Read the #PhilaUnite tweets below:

More in Hip Hop News
R. Kelly was reportedly left with -$13 in his bank account, after overdrawing
Va. Beach Police Department Apologizes After Officer Makes Racist Comments Regarding Pharell’s Upcoming ‘Something In The Water’ Festival