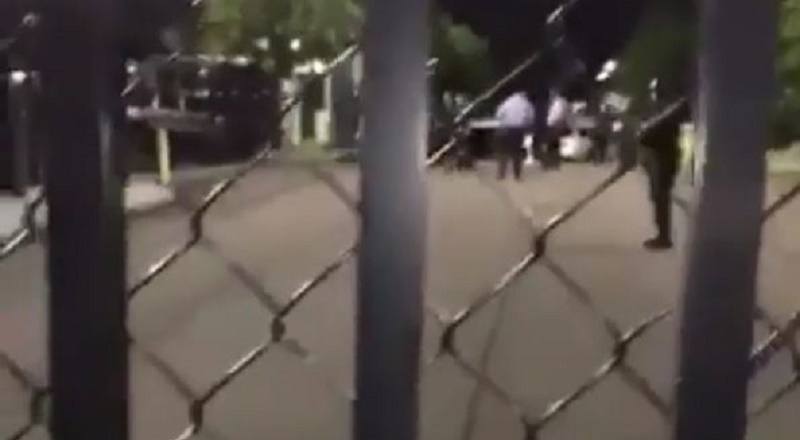 Even though Drake said it wasn’t personal towards Philadelphia, some people took offense. A lot of people, on Twitter, believe Meek Mill sent some guys. Regardless of what the motive is, Drake had people native to the city who wanted to meet with him.

Drake didn’t meet with anyone after the show and stayed surrounded by his security. While this has become a source of humor, online, it only makes sense for a star to remain protected. Also, there was another influence.

Before Drake was signed to Lil Wayne and Birdman at Young Money/Cash Money, J Prince’s son, Jas Prince, signed him. Apparently, it was J Prince that broke this situation up. Just as the video of the goons waiting on Drake went viral, several tweets emerged saying J Prince shut all of that down.

Read the tweets about J Prince below:

More in Hip Hop News
Drake stirs Twitter up when he disses Meek Mill at Philly show “You did it to yourself, fuck nigga”
Dorrough Music and TK N Cash – “Slay” [VIDEO]