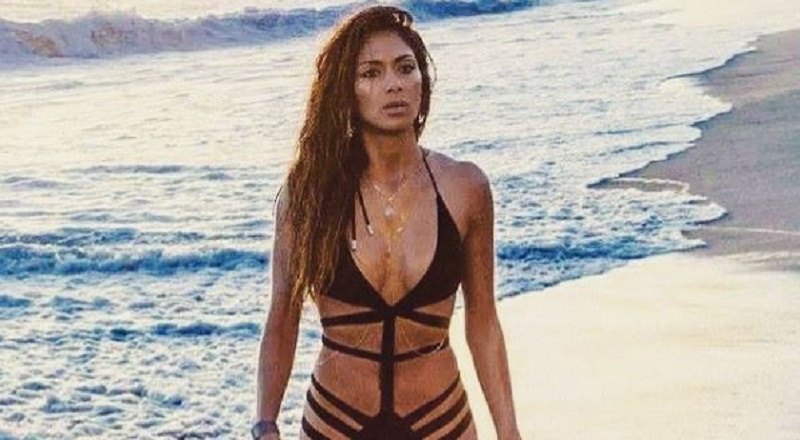 Over the course of her career, Nicole Scherzinger gained fame for her role with the Pussycat Dolls. As a solo artist, she is a part of Interscope Records. Throughout her career, she has provided hooks for the rappers on the label.

The likes of 50 Cent, Eminem, Dr. Dre, and Game have collaborations with Nicole Scherzinger under their belt. Outside of music, she has done some television work in music competition shows. Now, she is likely to return to the headlines in a major way.

This afternoon, Nicole Scherzinger was the latest celebrity to have a candid photo leak. The famed singer already faced rumors about her sexuality. Now, a photos have leaked of an apparently drunken Scherzinger involved in a lesbian act that fans say took place, last year, at her birthday party.

See the photos of Nicole Scherzinger below:

More in Hip Hop News
Lil’ Kim and Faith Evans play around to #GetMoney while practicing for #BadBoyReunionTour [VIDEO]
HHV Exclusive: Jerry Stackhouse talks being a coach, #Raptors, and Kinston