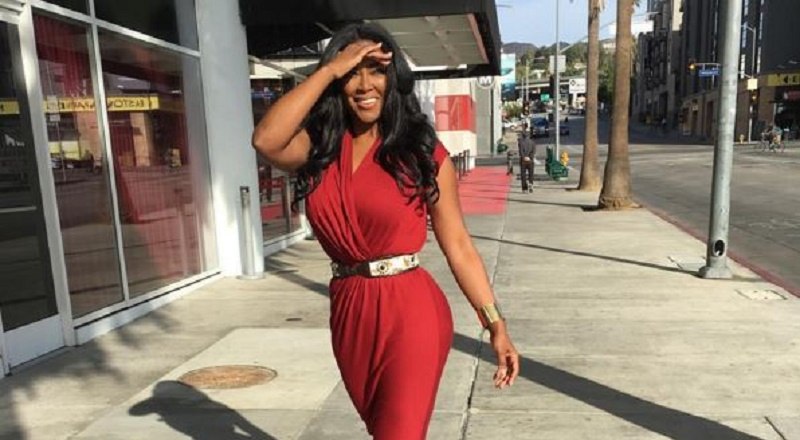 Currently, all of the drama on “The Real Housewives of Atlanta” stems from Kenya Moore. Since she joined the cast, in 2012, Kenya Moore has been the center of drama. There isn’t a person on the show, with the exception of Kandi, that Kenya did not have an issue with.

Kenya Moore has opened up a lot about herself over the past three plus years she’s been on the show. Early on, she mentioned being given away and repeatedly rejected by her mother. Recently, the show put more of a focus on that, teasing a potential meeting between the two women.

Of course, there are countless people now curious about Kenya Moore and her mother. When the episode aired, everyone had to know some sleuthing would take place, even if they were the ones doing it, themselves. Some fans on Lipstick Alley appear to have found Kenya Moore’s mother and they shared a photo.

See the photo of the woman believed to be Kenya Moore’s mother here.