Home » Hip Hop News » Pi’erre Bourne threw a fan off stage, during his performance, who jumped onto the stage [VIDEO] 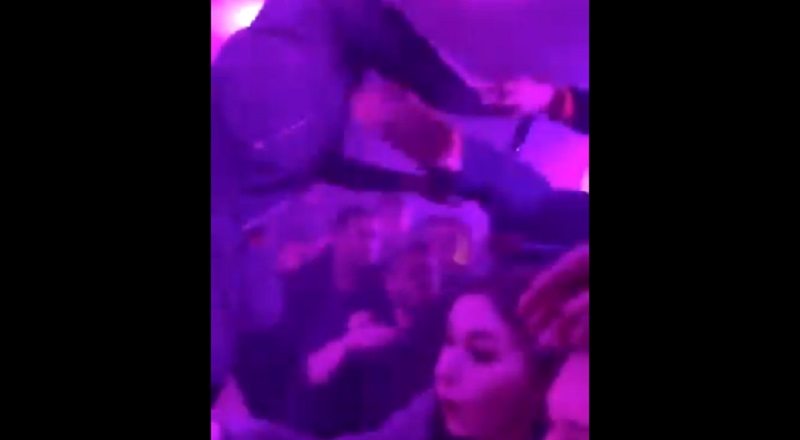 Tons of new and talented artists have taken over the game, over the past four years. Among them is Pi’erre Bourne, who has produced records for a lot of these new stars. Doing his own thing, Pi’erre is shutting stages down.

Yesterday, Pi’erre shared a video, where he literally had to shut a stage down. The crowd got hyped and Pi’erre was definitely making a great show turn into a movie. For one fan, it got a little too real, so he decided to jump onto the stage.

When the fan jumped onto the stage, he crashed right into Pi’erre, clearly derailing the show. Not letting security get the chance to handle it, Pi’erre took matters into his own hands. He was the one who was quick to throw the guy off the stage, reminiscent of DJ Jazzy Jeff, on “The Fresh Prince of Bel-Air.”

More in Hip Hop News
Boosie tells Dwyane Wade he’s going too far, saying let his son be gay, but don’t cut his manhood off, because’s he’s twelve, and may not have made his final decision, citing him possibly falling in love with a woman; Twitter says he’s funny AF for his read on D Wade and Gabrielle Union over Zaya [VIDEO]
‘Lovers and Friends’ Festival Set For May 9 in Los Angeles; Headliners Include Lauryn Hill, Usher, Megan Thee Stallion, Summer Walker, Lil Jon, Ludacris, and More