Home » Hip Hop News » Playoff P is activated! Paul George sets the Utah Jazz on fire and slows their momentum down, as he drops 26 points in Game 1 #Thunder #NBAPlayoffs 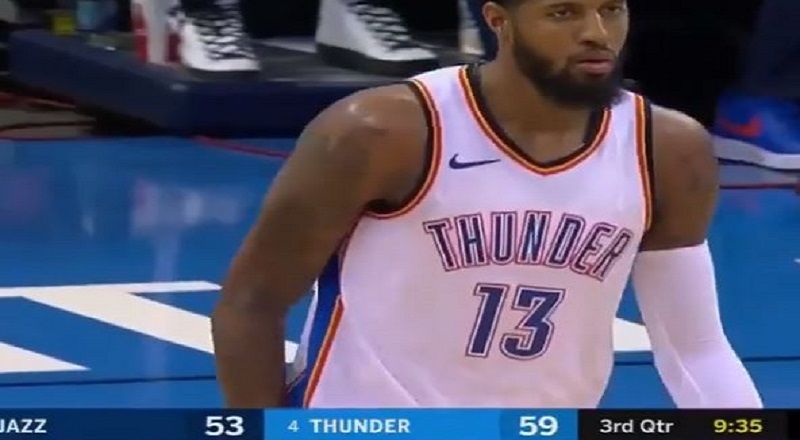 So far, this whole “Big Three” experiment in Oklahoma City has not really been a win. The fans, coming into the season, had high expectations, as Russell Westbrook, Carmelo Anthony, and Paul George should have at least won 56 games. They won 48.

Those 48 wins give them the exact win total of the Pacers that George got himself traded away from. The Oklahoma City Thunder were viewed as a team that could challenge the Warriors. But, here in the playoffs, so far, Paul George is erasing all of that.

Utah ended the NBA season as the hottest team in the West. But, it doesn’t look like it, with how they’re playing right now. The game isn’t over, but NBA Twitter is crowning Paul George, as Playoff P, as the king of this landscape.

Read the “Playoff P” tweets below:

More in Hip Hop News
Pleasure P and Baby Blue got into a fight after Pretty Ricky show and people say that Pleasure P got the upper hand, and he had time to explain it to the fans #LHHMIA #LHHMiami
Marlo calls out Kenya on Twitter: “Who asks for cocktails after revealing a pregnancy? better get a EPT test” #RHOA RHOAReunion [PHOTO]