Home » Hip Hop News » PnB Rock announces he is in love with @yminx, posting a video of her on his IG, saying he is in “love love” with the rising bikini designer [VIDEO] 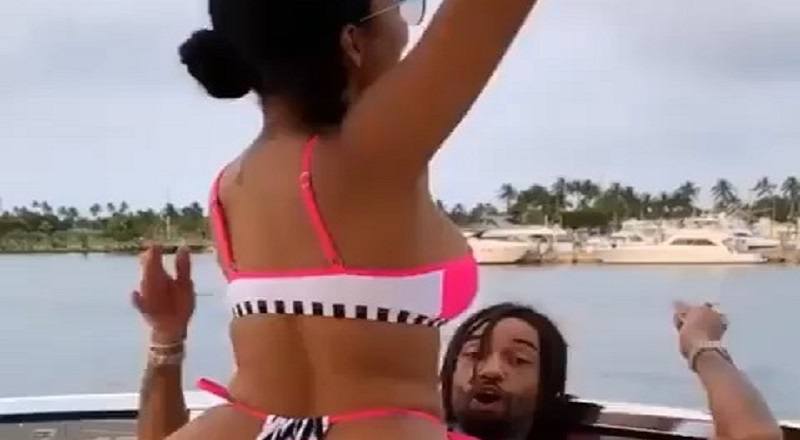 How PnB Rock gained fame is a unique journey, but it had 100% to do with the music. The Philadelphia artist didn’t go the mixtape route, he went the streaming route. Not even dropping projects, he spent three years releasing singles, many of which were successful.

That momentum led to PnB Rock dropping his debut album and he now has two albums out. Between them, PnB Rock did put a couple of mixtapes out, though. Also, it looks like PnB Rock may have found love, along the way.

PnB Rock is definitely enjoying the warm weather and life. He has a beautiful woman on his lap, on a yacht, so it looks like a lot of fun. As he shared this video, on his Instagram, PnB Rock admitted he is in love, “in love love,” with @yminx.

More in Hip Hop News
Ari goes off on The Shade Room for posting an old video of her posting Gervonta Davis: “stop f*cking playing with me you messy a** b*tches! I’m about to get on my Cardi B sh*t!” [VIDEO]
Nipsey Hussle’s Baby Mama, Tanisha, Breaks Down During Guardianship Hearing After Seeing Her Daughter, Emani, For First Time in Months