Home » Hip Hop News » Police officer arrests a man for rolling his car window up and pepper spray his father for filming the arrest, as another officer tackles the man to the ground [VIDEO] 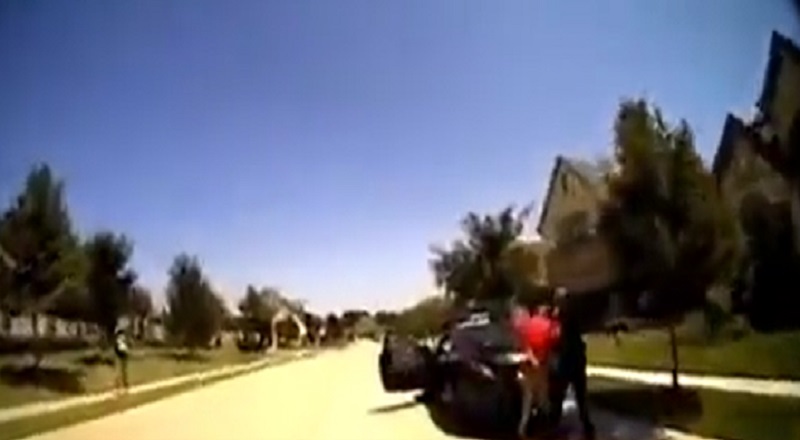 In Texas, a couple of police officers have gone viral for their actions, a year ago. There was a young man who was apparently driving his car. When the video begins, a cop can be heard questioning the young man. The cop asks the man why he rolled up the window to his vehicle. In addition, the cop tells the young man that he rode for miles with it down, only putting it up when he saw him.

While the officer maintains that this was a routine traffic stop, things quickly escalated. The man begins acting nervously, because of how out of hand police violence has gotten. When the cop asked him why he was acting funny, the man admitted to being nervous. After that, the cop placed him under arrest. As a result, the man’s father arrived, and tried to defend his son. Nevertheless, the cops told him to leave, or he would get arrested.

Seeing his son being wrongfully arrested, the father did not leave. Instead, the father parked his truck, and then began filming the arrest. After all, the entire situation began because his son rolled up the driver’s window on his vehicle, when the cop approached him. The cop told the young man he did not have the right to roll his window up. In addition, the cop accused the son of acting suspiciously, when he admitted to being nervous. While arresting the young man, another officer noticed the father filming the situation. As a result, they tried to take the father’s phone, they tackled him to the ground, and pepper sprayed him. Since then, the officers involved have been terminated, and the father was awarded $200,000.