Home » Hip Hop News » Police officer attacks a black woman on the porch of her own home, for not wearing a mask, tasering her, dragging her to the ground, and arresting her, all while he wasn’t wearing a mask, either [VIDEO] 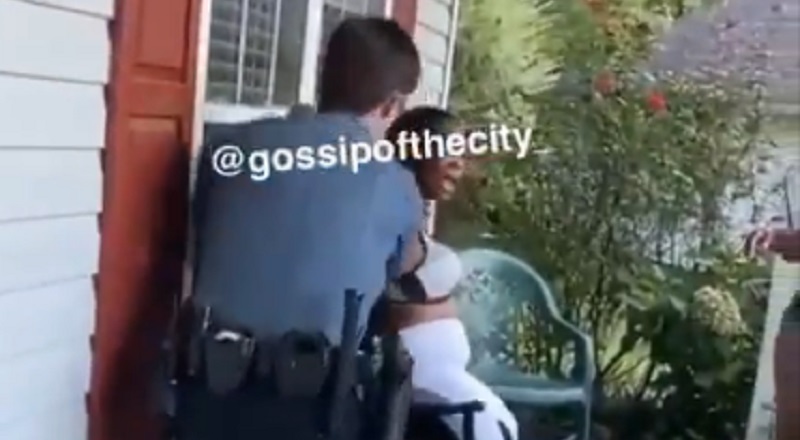 Situations such as these occur far too often and it seems as if nothing is ever done about it. A person in the confines of their own home, or their own property, is free to do as they please. Normally, these people are not bothering others.

This isn’t to say that police should never be called, or people are allowed to disturb the peace, but respect should be maintained. The current situation did not call for the force that took place. However, the situation is what it is.

A black woman was on her porch, talking with friends, when the police were called. Originally, the officer told her that she was talking too loudly, but then he went after her for not wearing a face mask. Even though he also wasn’t wearing a mask, he tackled this woman to the ground, tasered, and arrested her, right in her front yard.

Continue Reading
You may also like...
Related Topics:black lives matter

More in Hip Hop News
Khloe Kardashian has a new face, which she showed off on IG, with her daughter, True, and it’s left Twitter SHOCKED
Izzy Hurtado blasts Westberry Apartments for racially profiling her, accusing her of throwing a party, and then demanding her to remove her Black Lives Matter sign, which had been there for weeks, and accuses the landlord of screaming at her [PHOTOS]