Home » Hip Hop News » Police respond, after Jack Harlow called for cop to be fired, after pushing Black woman outside of his Atlanta concert 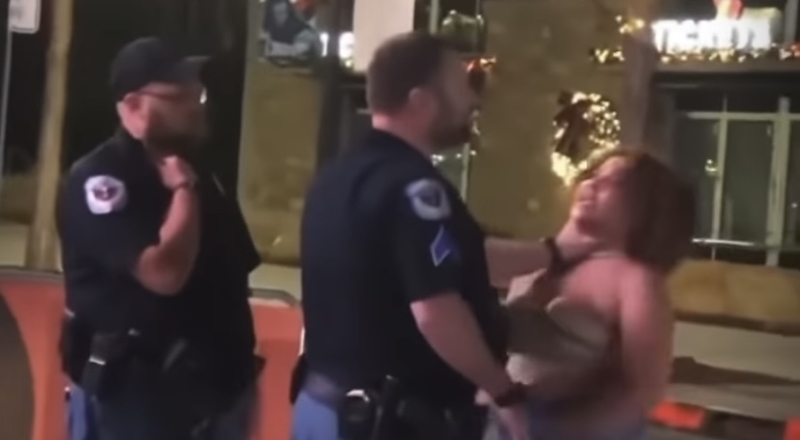 A few nights ago, Jack Harlow performed at the Coca Cola Roxy, in Atlanta. This concert was part of his Crème de la Crème Tour.

On Wednesday night, Harlow took to Instagram, to post a video of a police officer, who pushed a Black woman by her neck. This is after she asked why she couldn’t get into the concert. On Harlow’s IG, he explained how he wants to give her as many tickets as possible, and how Black women are mistreated by law enforcement.

“This video came to my attention a few hours ago. When I watched it I was disgusted by that cop and all I wanted to do was make something good happen for this girl immediately…I told the world to help me identify her so I could find a way to give her a hug and give her as many tickets to as many shows as she wants. But that’s not enough and its not a solution to a systemic issue that people who don’t look like me have to face.”

Harlow also asked for the public’s help in identifying the cop, who he can be fired. Now, Cobb County PD is speaking out, as an a “full review” is ongoing. This is being looked at, before any form of punishment is handed down.

“The Cobb County Police Department takes any and all allegations of officer misconduct very seriously,” said a spokesperson for Cobb County PD. “We are aware of the video snippet posted to Instagram involving our officer and a young woman outside the Coca-Cola Roxy. The incident is going through an internal review to get a full understanding of the entire incident before any potential action is taken.”

Check out the original clip of this woman’s altercation with Cobb County PD, at the Jack Harlow Atlanta concert, below.