Home » Hip Hop News » Pooh Shiesty addresses his fans, after being sentenced to 63 months in prison; Plans to release new music next week 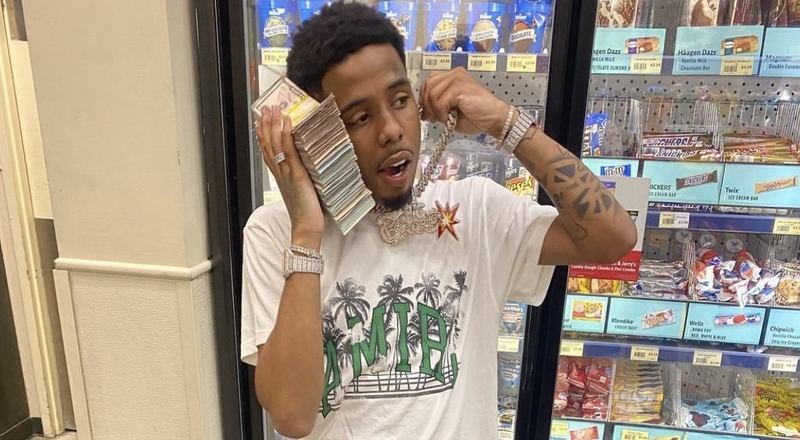 On Wednesday, Pooh Shiesty was sentenced to 63 months in prison. This was due to his federal weapons case, where he shot a man in Miami in October 2020, during a drug and sneaker deal gone wrong. Shiesty was also involved in a shooting at the King of Diamonds strip club in Miami, last Memorial Day weekend.

The Memphis rapper was originally facing life in prison, but got that down to 20, a few months ago. This was due to him pleading guilty to a firearms conspiracy charge. That got cut down to eight years, but the sentencing ended up being a little over five years.

Now, Pooh Shiesty is addressing his fans, in the aftermath of this sentencing. He said today that he is disappointed that he still can’t home home, but is delivering new music next week. This comes after Shiesty put out his “Federal Contraband” Freestyle, in December.

“THE BIGGEST.. I JUST WANNA THANK ALL MY LOVE ONES , SUPPORTERS , AND FANS FOR HOLDING ME DOWN DURING THESE HARD TIMES,” the rapper reportedly wrote. “I WISH I COULD BE COMINGG HOME TO YALL TODAY BUT THIS COULDVE BEEN WAYYYY WORSE , I WILL BE BACK SOONER THAN YALL THINK ! BUT MEANTIME NEW MUSIC DROPPING NEXT WEEK , BLRRRD!!!”

Shiesty soared into fame in early 2021, after his “Back In Blood” single featuring Lil Durk, took off. It peaked at number 13 on the Billboard Hot 100 chart, and is 3x platinum in the US. Shiesty’s “Shiesty Season” mixtape also debuted at number two on the Billboard 200.

More in Hip Hop News
Cardi B says drill music like “Shake It” brings out the demons in her
Kris Jenner claims Tyga said Blac Chyna threatened to kill Kylie Jenner, when she testified in court