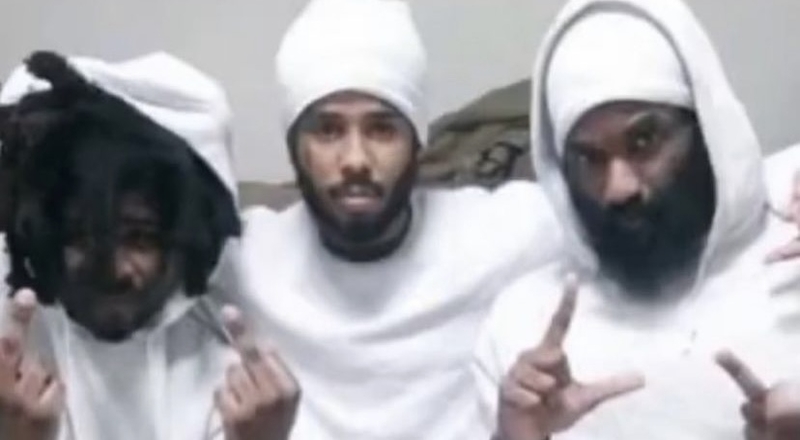 Pooh Shiesty has been in a Miami jail, since Memorial Day weekend, of 2021. That came after he accidentally shot a security guard at the King Of Diamonds strip club. That shooting apparently came while Shiesty was targeting someone else. He was already under investigation for shooting a man in the Miami area in October 2020, after a sneaker deal gone wrong.

Shiesty has been denied bond on several occasions since then, as he faces eight years in prison. The Memphis rapper was able to avoid a life sentence being on the table, after pleading guilty to a firearms conspiracy charge.

Now, a new prison photo has reportedly surfaced, of Shiesty. Here, the 1017 artist is seen wearing matching prison outfits with two inmates, and has been growing a beard. Many fans couldn’t recognize Shiesty at first, due to his new look.

Shiesty was one of the biggest breakout stars of 2021, as his “Back In Blood” single ft. Lil Durk had the first half of the year, in a stronghold. That peaked at number 13 on the Billboard Hot 100 chart, and is 2x platinum. That record also appeared on Shiesty’s debut “Shiesty Season” mixtape, which had a number two debut, on the Billboard 200 chart.