Home » Hip Hop News » Pop Smoke’s Brooklyn Gravesite, is Vandalized, as Casket Was Reportedly Attempted to Be Pulled Out, as Well 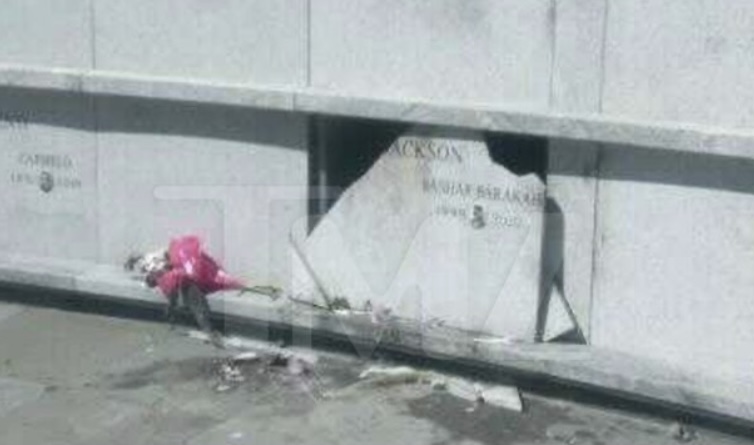 It’s been over a year and a half, since hip-hop lost Pop Smoke, to a home invasion, in Los Angeles. the Brooklyn rapper was only 20-years-old at the time, and was just beginning to turn into a star. Pop blew up in summer 2019, with hit singles such as “Welcome To The Party” and “Dior.”

Pop was laid to rest in his hometown last March, but unfortunately, someone tried to vandalize it, on Friday. According to TMZ, the tombstone was smashed, at the Green-Wood Cemetery.

It also appeared that the vandals attempted to drag Pop’s casket out, as well. It’s unclear if it was successfully done so. Pop’s plaque also ended up being replaced by a blank slab, due to the damage done.

Caution tape was soon placed in the area, and the area was cleaned up. Information is still being gathered on if the plaque will be replaced as well. Hopefully, police look into who caused this damage, too.

Smoke’s second posthumous studio album, “Faith,” was also released in July. That went on to become his second consecutive album to go number one, as both were released posthumously.