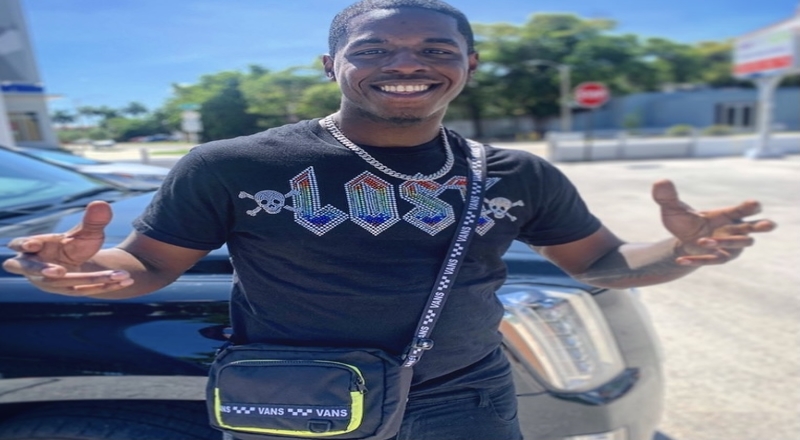 It’s been over 10 months since hip-hop tragically lost rising 20-year-old Brooklyn rapper, Pop Smoke. He was shot and killed inside a Hollywood Hills home owned by ex-Real Housewives of Beverly Hills star, Teddi Mellencamp and her husband, Edwin Arroyave. Four suspects have since been charged with murder. Two of them are minors.

Smoke’s brother Obasi Jackson, recently spoke on his death on ‘Peace of Mind With Taraji.’ He discussed Smoke’s death along with wondering why security wasn’t present that night.

“All of that stuff he went through, it was just—there was a time when he went through a situation where people would put him down and count him out. There was a lot of threats on his life because of that. People were trying to figure out where the threats were coming from. I didn’t think that anybody would do that and it’s just a lot that goes into it.”

“You go out there with no security. I’m just like, I can’t even fathom. It’s mind-boggling to me that someone would let a superstar go out with no security. That still plays on my mind. That just don’t make no sense. So, I don’t wanna point finger, that’s not who I am as a person, but the truth is what the truth is and that’s something that bothers me.”

Jackson also spoke on why it’s so important for Black to be allowed to be vulnerable, especially in the grieveing process.

Smoke is also nominated for a Grammy next month as his 2019 “Dior” single is nominated for the Best Rap Performance. Many believed that his debut studio album, ‘Shoot For The Stars Aim For The Moon,’ should’ve been placed into the Best Album and Best Rap Album categories as well, though. It had a No. 1 debut on the Billboard 200 chart and is certified platinum in the US.

Continue Reading
You may also like...
Related Topics:pop smoke

More in Hip Hop News
John Fletcher, aka Ecstasy from Whodini, died at the age of 56, this morning, after being awake and talking to people this morning, before he suddenly stopped breathing
Rowdy Rebel Spends $200,000 in Groceries For People in Hometown of Brooklyn [VIDEO]