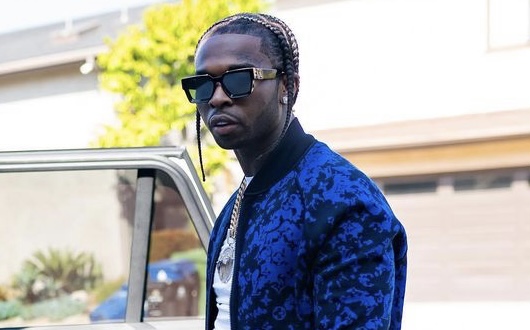 2020 was a very dominant year for Pop Smoke despite tragically losing his life that February. That month, he put out his “Meet The Woo 2” mixtape, which received high praise for singles such as “Shake The Room” feat. Quavo and “Christopher Walking.”

In the summer, Smoke’s posthumous debut studio album, “Shoot For The Stars Aim For The Moon,” was released. That project soared to the top of the Billboard 200 chart and was led by platinum hits such as “For The Night” feat. DaBaby and Lil Baby and “What You Know Bout Love.” Now, it looks like the Brooklyn rapper’s sophomore album is on the way.

Rico Beats, who helped serve as Smoke’s manager, has announced this on his Instagram feed. He says that the album is currently “loading.”

“I see and hear everything. Kept it cool tho, no worries pay back around the corner. Pop Smoke new album loading.”

Shoot For The Stars Aim For The Moon currently stands at No. 10 on the Billboard 200 chart. It is also platinum in the US. This has consistently been the case ever since it’s initial July 3 release.