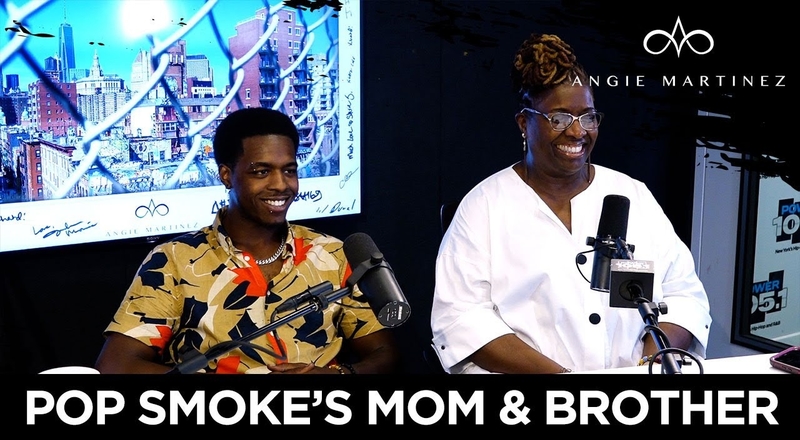 Pop Smoke’s posthumous sophomore album, “Faith,” was put out on Friday, and there has been a lot of mixed reviews, but there’s been plenty of love for the late Brooklyn rapper. It is currently on pace to become the number one album in the US next week on the Billboard 200 chart, with between 110,000-120,000 units. A deluxe edition has also been confirmed by Smoke’s manager, Steven Victor.

Now, in a new interview with Angie Martinez on Power 105.1, Smoke’s mother, Audrey Jackson, came through to speak with her, along with Smoke’s brother, Obasi Jackson. Audrey ended up revealing that she still hasn’t listened to his posthumous 2020 debut album, “Shoot For The Stars, Aim For The Moon.” She cited how the pain is still there when it comes to listening to that project.

“With the new album it’s easier to hear his voice. I don’t know if it’s because time has passed or he does sound different on this. His sound, his style, it’s different.”

Audrey also labeled the debut album as an “immediate loss” for her. She did flash some smiles as well though, when it came to conversations about Smoke showing his deeper voice.

Obasi also added that that Smoke had goals outside of music, too. This included fashion, restaurants, and more.

Check out Audrey and Obasi Jackson speaking to Angie Martinez below.

More in Hip Hop News
Pop Smoke’s Posthumous Sophomore Album, “Faith,” On Pace For Number One Debut on Billboard 200 Chart; Deluxe Edition is on The Way
Cardi B Blasts Twitter User, Who Said She Looks More Black Than Usual, From Her Latest Instagram Live Session [VIDEO]