Home » Hip Hop News » Popular Klay Thompson impersonator, Dawson Gurley, gets banned from Warriors games and other Chase Center events, after fooling five layers of security, to get onto court and participating in shootaround 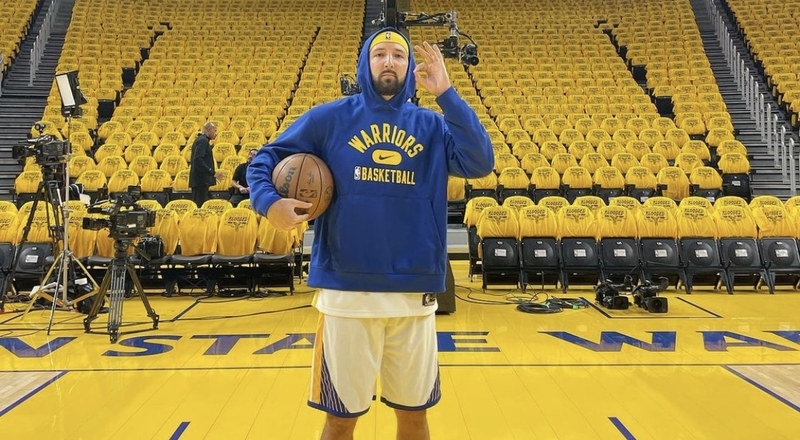 The Warriors are now trending again, due to a big fan of their’s. A Klay Thompson impersonator who has been going viral on social media has now been banned from attending Warriors games and other Chase Center events, in San Francisco, according to TMZ.

But, this man has been identified as Dawson Gurley, as he recently spoke about the ban, on Instagram. This comes after Gurley was able to sneak past Chase Center security, as they genuinely believed that he was the Warriors’ all-star. Gurley even got to take some jump shots on the court. Gurley went on to post a letter on his Instagram account, that he received, that made his ban official. A trespassing charge was also warned.

“Banned bc I walked past 5 layers of security guards (who willingly let me through security without asking for ID) & shot around on the court for 10 minutes.”

However, Gurley went on to reveal that he actually spent $10,000 for NBA Finals tickets. In the end, he believes that what he did was worth it.

“I also spent 10K on tickets which they are not refunding. Why should I be banned because their security is incompetent? Was it worth it to lose 10K on tickets and be banned for life? Absolutely. I was an NBA player for 10 minutes bro.”

The real Klay Thompson has yet to speak on Gurley being banned. He is most likely fully locked in, and ready to deliver the Warriors’ fourth title, in eight seasons.