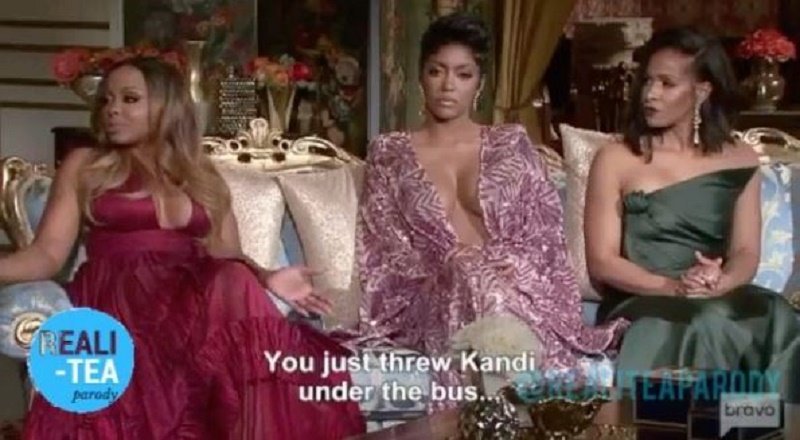 Since 2014, Porsha and Phaedra have become increasingly close. The bonding began when Phaedra and Apollo’s marriage began falling apart, before their split. This was when Phaedra and Nene briefly became friends, and when Kandi was first revealed to be in the outs.

Kandi went back and forth with Phaedra over the question of them still being friends, or not. Finally, the two decided to not be friends, which was due, in large part, to Porsha meddling. The meddling finally led to a fallout between Kandi and Porsha, all playing out this season.

During the reunion, the things Kandi said about Phaedra finally were shown to the public. Because of this, “The Real Housewives of Atlanta” fans have finally turned on Porsha and Phaedra. They want Kandi to smack them and everything else, so basically Frick & Frack got cancelled tonight.

More in Hip Hop News
#RHOAReunion viewers aren’t here for Kenya trying to shade Porsha, saying she looks like Elvis; They want Kenya to shut up and are glad Andy called her out #RHOA
Peter had a major meltdown during the #RHOAReunion and fans say he was WRECKED, drunk as a skunk #RHOA