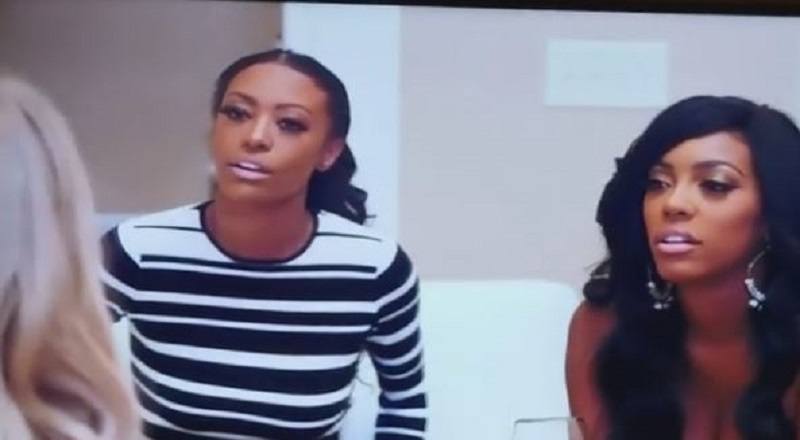 For all the shade Kim Zolciak has been throwing at Kenya Moore, she caught a whole tree from Porsha. Following her near-fight with Kenya, at NeNe’s, Kim, Sheree, and Kroy went to Porsha’s house. There, they filled Porsha in on what she missed.

Offscreen, Kim Zolciak has built an intense rivalry with Kenya Moore. It is only natural that this meant Porsha would eventually become a friend of hers. Since they joined the show, in 2012, Porsha and Kenya have been rivals.

However, when Kim Zolciak was telling Porsha and Lauren about what happened, the fans believe Porsha threw shade without trying. Talking about Kenya’s comments about Brielle and John Legend, Porsha’s comment went unnoticed. But, “The Real Housewives of Atlanta” fans noticed, but just need confirmation that she said “hoe daughter.”

More in Hip Hop News
Kenya Moore blasts Kim Zolciak on Twitter, saying she didn’t mention anything about an injured son, and only repeated what she said about Brielle in regards to John Legend #RHOA
Opening of an envelope, Kenya??? LMAO, Kenya Moore still isn’t here for Marlo, saying she’d show up to the opening of an envelope, when she shows up on Sheree’s trip #RHOA