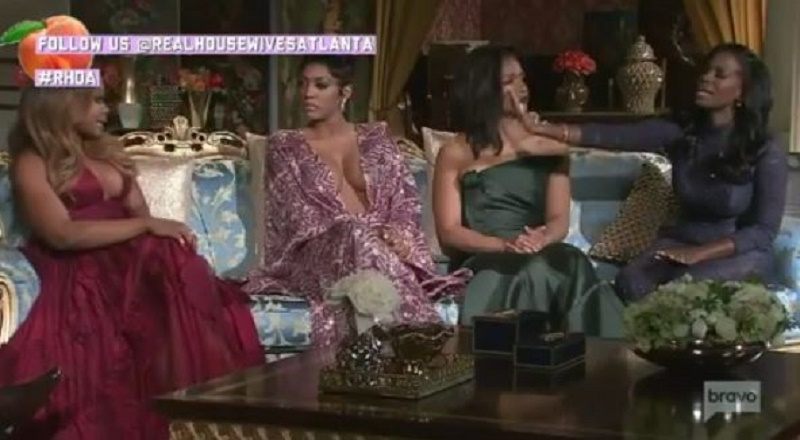 Last season, of “The Real Housewives of Atlanta,” saw Kandi Burruss and Phaedra Parks fall all the way out. The two ladies were initially the best of friends, where they often faced off with NeNe Leakes. A lot changed when Phaedra began to befriend NeNe.

In the midst of this, Kandi and Phaedra got involved in the feud between Porsha Williams and Kenya Moore. Initially, Kandi and Phaedra were both friends with Porsha. But, Porsha inserted herself in the Kandi/Phaedra drama, siding with Phaedra.

The ongoing problems led to Kandi and Porsha having a falling out, leaving Porsha’s friend, Shamea, stuck in the middle. Her ongoing tension with Phaedra led to a rumor about her and Kandi, with it all exposing Phaedra, during the reunion show. Now, Porsha and Shamea have found their way back to each other, becoming friends, once again.