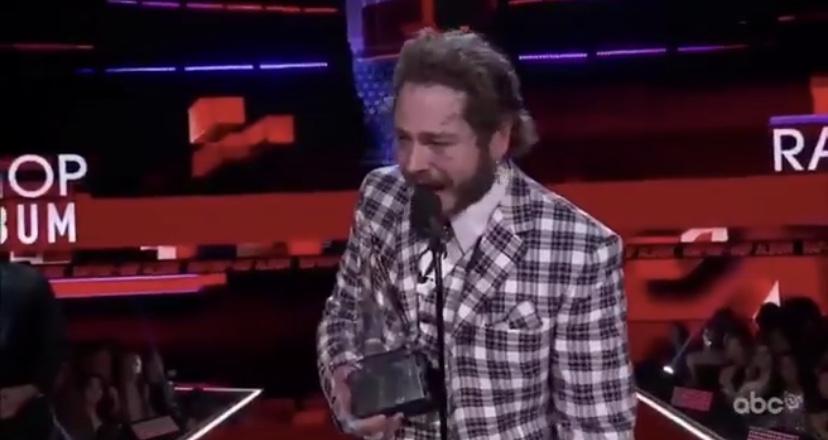 The 47th annual American Music Awards are taking place at the Microsoft Theater in Los Angeles right now and the award for ‘Best Rap/Hip-Hop Album’ was just revealed. The nominees were Meek Mill for his fourth studio album ‘Championships‘ that dropped in November of 2018, Travis Scott’s third studio album ‘Astroworld‘ in August of 2018, and Post Malone’s third studio album, ‘Hollywood’s Bleeding‘ which released in September of this year.

Malone ended up taking this AMA. This is no surprise at all as it’s been one of the most successful projects of 2019 where it dominated the charts. It reached the top of the US Billboard 200 and US Top R&B/Hip-Hop Albums. Hollywood’s Bleeding was led by hit singles such as ‘Goodbyes‘ featuring Young Thug, ‘Wow‘ and ‘Enemies’ feat. DaBaby.

Hollywood’s Bleeding went on to become certified platinum by the RIAA two weeks after its release. Check out Post Malone accepting his Best Rap Album award at the AMAs below.

More in Articles
“The Real Housewives of Atlanta” (Season 12, Episode 5) (preview) #RHOA [VIDEO]
NeNe gets roasted by Twitter because she still says “bridemaid,” instead of “BRIDESMAID,” and #RHOA fans ask where is Claudia Jordan when you need her