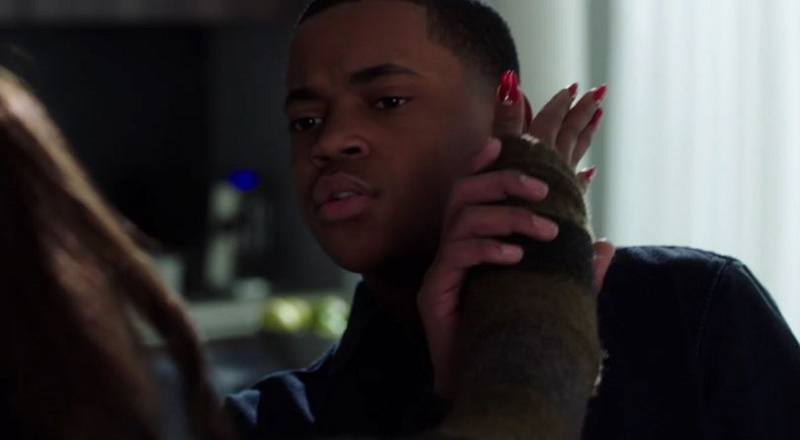 Dating back to season one, “Power” fans often said Ghost’s (Omari Hardwick) dirty dealings would impact his kids. During the promo run for season three, Hardwick alluded to something big happening. Spoiler alert, tonight’s episode is when it happens.

Throughout season three, Ghost and Tasha’s (Naturi Naughton) oldest child, Tariq (Michael Rainey, Jr.) has been acting out. The timing could not be worse, as Ghost is being pressured by Milan (Callan Mulvey). It is what it is for the St. Patricks, unfortunately.

Tariq’s acting out leads to another sitdown with Ghost and Tasha, which quickly turns ugly. His disrespect prompts Tasha to slap him, but Tariq blocks her heavy hand and then he goes in on Angela (Lela Loren), leading to Ghost putting his hands on him. Not one to back down, Tariq pushed Ghost before going on his way and Twitter is going in.

Read the tweets about Tariq below: