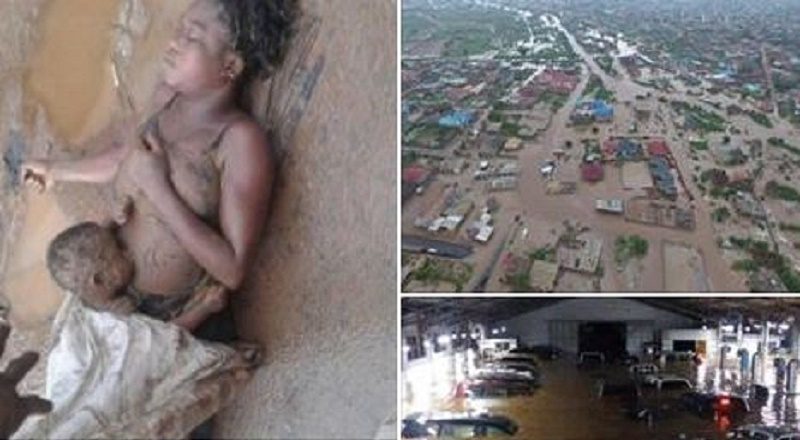 With so much drama going on in the world, it is hard to keep track of all the tragedies. One being overlooked is the flooding going on in Ghana, where ten people have died, as of this week. The photos above were found on Facebook from those following the situation.

Because of the mainstream media’s silence on the situation, African media has called out the lack of coverage. But, there are those in Africa who have taken charge. So Fraiche teamed up with Ghanaian streetwear brand Renaissance on their flood campaign. They have a new video.

Using the #NewAfricaTakeover hashtag, they have created a new documentary about the flooding. This gives audiences an inside look at what is going on in Africa. As of press time, ten people have died and countless more have lost their homes and possessions.