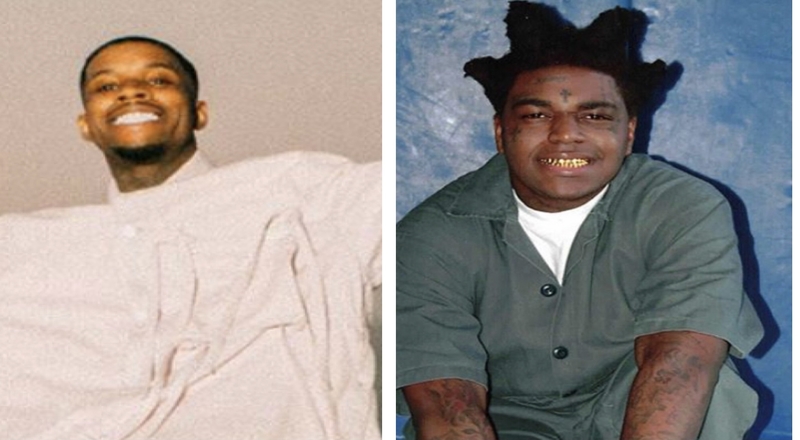 Tory Lanez has been very busy defending his name since the end of September when it comes to allegedly shooting Megan Thee Stallion. He released his ‘Daystar‘ album to deny her claims as this project debuted at No. 10 on the Billboard 200 chart despite the low sales at 36,000 units. He also got on Instagram Live this week to question her claims about being shot when the original reports were that she stepped in glass.

Lanez has also been back to focusing on music as now, a preview of an upcoming song he has with Kodak Black has surfaced. Fans appeared to like how this sounded while others are still canceling Lanez for allegedly shooting Megan.

This isn’t the first time that Kodak and Lanez have collaborated as they had a record titled “F*ck With You” on Kodak’s ‘2018 ‘Heart Break Kodak‘ mixtape. This collab could appear on Kodak’s upcoming ‘Bill Is Real’ album on November 11. This is his first project since getting sentenced to 46 months in prison last November for falsifying information on gun applications in his home state of Florida.