Home » Hip Hop News » Princess Love shades Ray J, after he blocked her on Instagram, saying her FUTURE HUSBAND won’t do her like that #LHHH [PHOTO] 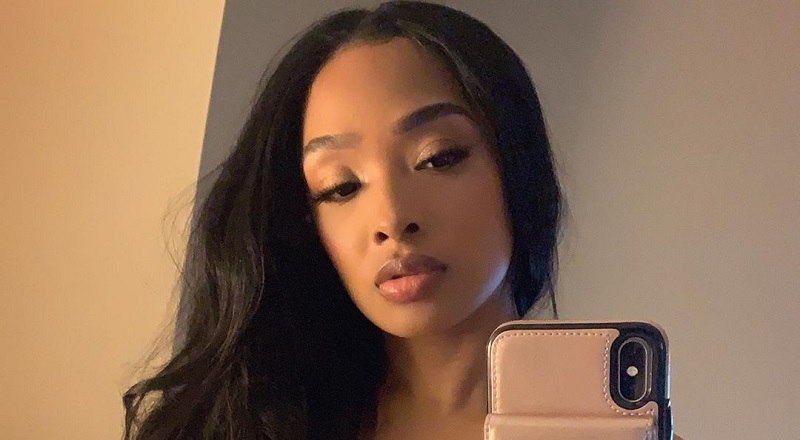 Never is there a time when Princess Love is not angry with Ray J for one reason, or another. But, with Ray J leaving her at the Soul Train Awards, she has a valid reason. What makes matters worse is how he’s treated her since she called him out.

Likely, Princess would have never called Ray out, had he not posted a photo of them, from the award show, after leaving her. When she called him out, Ray J deleted the post. Later, Ray J went as far as blocking her on Instagram.

Princess Love isn’t waiting on “Love & Hip Hop Hollywood” to bring the drama. Instead, she let the world know that Ray J blocked her and a female fan said her future husband would never, with Ray presumably being that future husband. Going for the win, Princess said “mine either,” referring to her FUTURE husband, as Ray is her current one.

More in Hip Hop News
Angel Brinks flirts with YBN Almighty Jay, on Instagram, and says Jackie Long is not her man, as she says her booty is fat and Jay comments “I know” with heart emojis [PHOTO]
Meg and Trey: Twitter reacts to seeing Megan Thee Stallion and Trey Songz boo’d up at his birthday party [VIDEO]