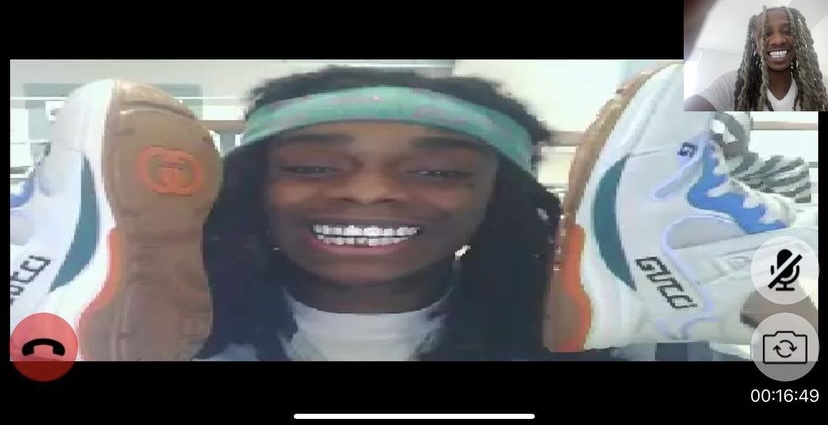 YNW Melly has been incarcerated since January 2019, due to a double murder case, in Broward County, FL, from the fall of 2018. The rapper was said to have staged a drive-by shooting with a friend, Cortlen Henry, to cover up that the two shot two other friends, Anthony Williams and Christopher Thomas Jr. Melly and Henry also allegedly drove around in their car, with the dead bodies in the trunk.

Melly has been denied bond plenty of times, as many feel that he won’t be free again. Now, more evident is being gathered, in an attempt to keep him locked up. According to TMZ, prosecutors are trying to get DNA from Melly’s saliva, in order to match DNA from a crime scene.

Prosecutors want a Broward County judge, to get Melly to turn in an oral swab. They are looking to see if his evidence matches DNA on a jacket owned by Anthony Williams, who was one the two people, that was shot and killed. It it also said that there are three other DNA profiles on the jacket, and Melly is suspected of being a match. As of now, a judge hasn’t made a decision on the swab test.

This all comes after Melly tried to claim before, that he was dying of COVID-19. A few months back, where he also lost visitation privileges, due to showing off Gucci clothing, to promote his upcoming sophomore album, “Just a Matter of Slime.”

This album dropped this past August, and debuted at number 11, on the Billboard 200 chart. Just a Matter of Slime was led by singles such as “Thugged Out” ft. Kodak Black and “Pieces” ft. Queen Naija. Other appearances included Future, Tee Grizzley, Lil Baby, Lil Uzi Vert, Young Thug, and more.