Home » Hip Hop News » Pusha T Says His Upcoming New Album is in The “Mixing Stages,” and is Better Than “Daytona” 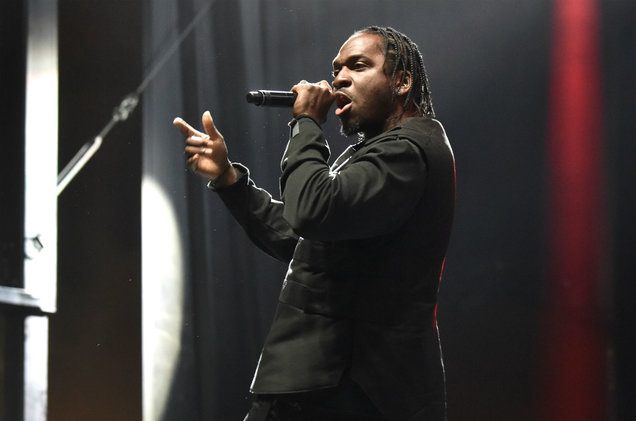 Pusha T has been on plenty of hot features over these last three years, as that’s also how long it’s been, since he released his last album. In May 2018, Push put out his third studio album, “Daytona,” which debuted at number three, on the Billboard 200 chart.

Now, the G.O.O.D Music rapper is finally on his way, to putting out his fourth project. Push recently sat down for an interview with Billboard, where he discussed hiss third closet sale with Grailed, which is a marketplace for menswear. There, he also touched on the upcoming album, which he says is completed.

This album is in the final stages of being mixed, and the features are also being finalized. Push has some high praise for this one, as well. He believes with this upcoming release, it’s better than Daytona. Push told Billboard:

“I think I’ve topped Daytona for sure. One-thousand percent.”

Push also revealed that he got feedback from Pharrell. Pharrell made it known that some things had to get tweaked, so that Push wasn’t rapping on the same beats.

“I was playing some raps for (Pharrell) in Miami and he was like ‘It’s cool, it’s good, but I think you’re gonna get mixed up with other people, and people thinking you’re all rapping over the same instrumental,’ and I was like ‘You disrespectful jerk, you serious?’ and he said ‘Nah man, you’re always gonna say the greatest things but you want to be different? We’ve got to make compositions.'”

Hopefully, an official title and release date, will be revealed soon. As of now, it seems that it could be out before 2021 is up.  fans are definitely ready to hear Pusha T deliver some impressive bars, as usual.

Continue Reading
You may also like...
Related Topics:featured, pusha t