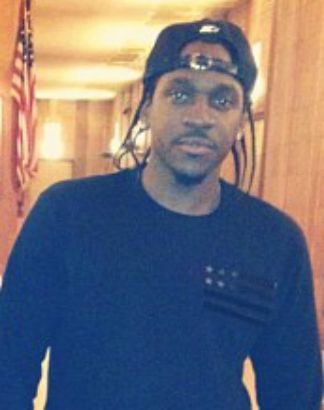 The ongoing war of words between G.O.O.D. Music and Young Money have remained in the headlines since the release of Common’s “Sweet.” Going a bit farther back, though, remnants of this feud have remained since 2004. In 2003, Jay-Z retired and introduced the world to Kanye West, the gifted producer-turned-rapper. Jay-Z deemed himself “the best rapper alive.”

During this period of time, Cash Money Records became a shell of its former self, as the roster had boiled down to just Lil Wayne. With his back against the wall, Lil Wayne delivered, stepping his lyrical game up. In 2004, Lil Wayne began calling himself “the best rapper alive… since the best rapper retired.”

Admittedly a big Jay-Z fan, Lil Wayne began taking shots at Jay-Z in 2006 when he decided to return to “save” hip hop in 2006. Lil Wayne, among other things, said Jay-Z is no longer the king of the castle, which now belongs to him. From 2006 throughout 2007, Lil Wayne continued to take shots at Jay-Z, until he was invited as one of the few guests on his American Gangster album.

Lil Wayne returned the favor on Tha Carter III, featuring Jay-Z on “Mr. Carter,” where the torch was passed to Wayne. Kanye West would produce the single, “Comfortable,” featuring Babyface, on the album. From there, all three rappers would team up with T.I. for his “Swagga Like Us.” The song was considered one of 2008’s biggest singles, but no music video came. By 2009, Young Money had taken off and Lil Wayne was truly a boss in the game, something Birdman co-signed, pitting Wayne against Jay-Z.

Birdman consistently claimed Lil Wayne had more money than Jay-Z, who is considered one of the top three hip hop entertainers, in terms of wealth. Throughout 2009 and 2010, Birdman took shots at Jay-Z, leading to the “baby money” diss on “H.A.M.” Months later, Lil Wayne would respond on Tha Carter IV on “It’s Good,” which featured Jadakiss and Drake. From there, Common released “Sweet,” which many felt was a subliminal Drake diss, which Common never confirmed or denied.

Throughout the year of 2011, Pusha T would take shots at Drake. His brother, No Malice, would tell Pusha T to chill out with the Drake disses, as he is a fan of the Toronto sensation. Tired of being called soft, especially after Take Care was released, Drake would use his verse on Rick Ross’ mixtape single, “Stay Schemin,'” which also featured French Montana. Drake used his verse to take Common on, leading to him adding a verse onto the single to diss Drake.

Common and Drake would patch things up in Orlando at the 2012 NBA All-Star Game. However, the overall feud was far from over, as Pusha T took shots at Drake still, leading many to believe his “Exodus 23:1” single was aimed at Drake. Lil Wayne would then address Pusha T on Twitter, before he released “Goulish,” his diss aimed at Pusha T. From there, the feud was over, but Pusha T and Lil Wayne still have nothing nice to say about each other. Meanwhile, Big Sean continues to collaborate with Young Money.

Kanye West, who has been focused on his romance with Kim Kardashian and operating the G.O.O.D. Music organization, has remained out of the beef. His relationship with Lil Wayne has remained strong, but there is no love lost with Pusha T, who recently spoke to Hip Hop Wired and he addressed his “New God Flow” single with Kanye West and Ghostface Killah. Pusha T admitted his verse on the song takes shots at Birdman, who pushed the initial feud.

During his interview with Hip Hop Wired, Pusha T spoke on Lil Wayne’s “Goulish.” Pusha T said he did not respond to the diss because it was so bad. There has been a lot of criticism about Lil Wayne’s lyrical decline, which is why Pusha T never responded. Ten years ago, Pusha T and Malice collaborated with Birdman, now he is taking shots at him. Pusha T admitted he was glad the beef had the biggest rappers in the game talking about him on Twitter, despite the past collaborations, he admitted he does not know the guys at Young Money.

Pusha T continues to say nothing is personal on his end, but he does not know how they feel. When discussing his rivals in the game, Pusha T admitted he is taking shots at everyone. Starting out as a competitive artform, Pusha T is going at the YMCMB camp in order to compete against the top rappers in the game. Unlike some of the feuds earlier this decade, many of the more recent feuds are not personal, as Pusha T says his issues with Cash Money Records are.