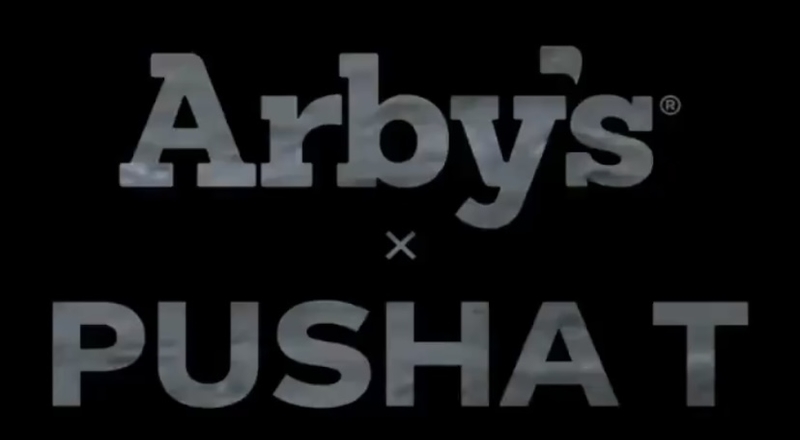 Earlier this week, Pusha T had social media buzzing. This was due to his latest collaboration with Arby’s, where he put out the short song “Spicy Fish Diss.” This took shots at McDonald’s’ Filet-O-Fish, all while promoting Arby’s sandwiches.

Pusha T originally co-wrote the 2003 “I’m Lovin’ It” jingle, as Justin Timberlake went on to sing that record. Pusha unfortunately had issues receiving any revenue from that, though.

Now, Pusha appears to be pulling in some great exposure from the Arby’s ad. According to business reporter Darren Rovell, the ad pulled in $8,203,272 in equivalent advertising exposure. This was confirmed by Apex Marketing.

Pusha T went on to reply to the tweet, as he promoted lyrics from an unreleased song, that he recently shared.

“Critics he’s out of his mind, Haters he’s outta his prime…yet, always where the money’s at like lottery signs…”

Pusha’s fourth studio album is also expected to be out sometime this year. It’s led by the “Diet Coke” single, which was released last month. The title of the album is still unclear, but German music media outlet reported the other day, that it’s rumored to be “It’s Almost Dry,” and released on April 8.

“Critics he’s out of his mind, Haters he’s outta his prime…yet, always where the money’s at like lottery signs…” -Self https://t.co/WL2Hzyu6cw

More in Hip Hop News
Latto says she hasn’t heard from the male rapper on her upcoming album that she subliminally called out, for wanting sex in exchange for a feature [VIDEO]
Nas ft. A$AP Rocky and DJ Premier – “Wave Gods” [VIDEO]