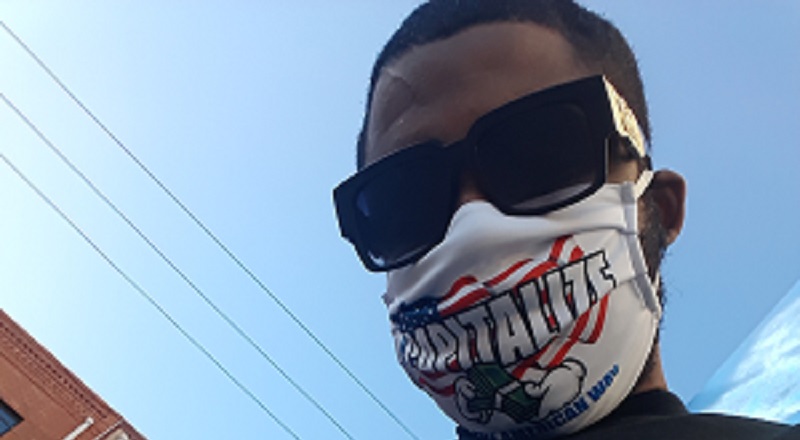 Always on the grind, Q The Question is hot, right now. The street promo has SKE all over the map, and he believes now is the perfect time to jump into a new venture. Not only is it holiday season, but it followed an intense political season.

There is always a renewed interest in America, after a hard-fought political campaign. Now, there is something else for the people to jump into. If there was one thing the political season taught is to get out and get it, so Q The Question has inspiration for the people.

Q The Question has launched a new line, for the masses. The t-shirts are called “Capitalize.” Since Q is on his grind, he has motivation for everybody else to get on their grinds to make their dreams happen, which starts with the word, “capitalize,” hence the shirts, hoodies, sweaters, and masks.

See the “Capitalize” sweater below: