Home » Hip Hop News » Quando Rondo has allegedly been shot and is in stable condition; Friend was also reportedly shot, but died from injuries 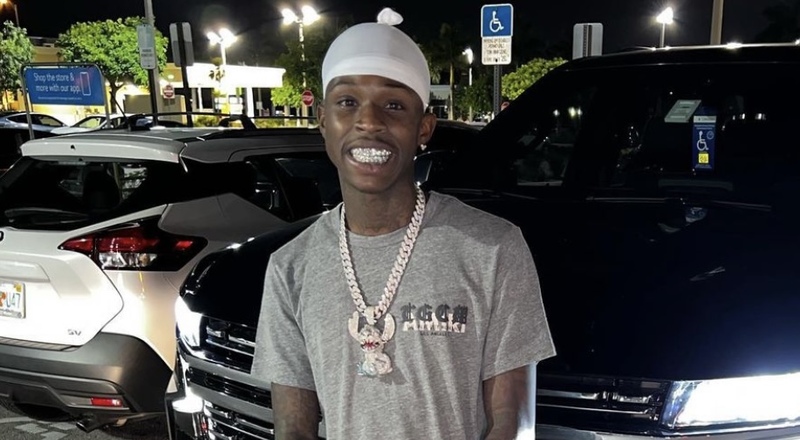 Over the past two and a half years, Quando Rondo has been one of Georgia’s hottest rising rappers. He’s not from Atlanta, as many rappers from the state are. Instead, Rondo is from Savanah, in the southern region of the state.

Fans of Rondo have been very concerned on social media on Friday night though, as he is said to have been shot, in Georgia. Reports online state that he is in stable condition, though.

Rondo was also said to be with his friend, Lul Pab. Pab is unfortunately said to have been shot and killed on the scene. As many remember, Rondo got into a fight with King Von back in November 2020, in Atlanta, which ultimately resulted in Von being killed. Rondo claimed self defense in that incident, as Lul Tim was the one who ended up pulling the trigger on Von.

Rondo has been very consistent in 2022 as well, regarding single releases. These include “Dead Wrong,” “Jakiyah,” “24,” and “War Baby.” His last project came in May 2021, which was his “Still Taking Risks” mixtape. As of now, Rondo hasn’t taken to social media yet, to speak on his alleged injuries from the shooting, as well as the dead of his friend.

Continue Reading
You may also like...
Related Topics:featured, quando rondo

More in Hip Hop News
NBA Youngboy earns most Billboard Hot 100 songs, out of any artist, so far, in 2022
Quando Rondo was in the middle of a shooting in LA, in broad daylight, as his friend, Lul Pab, was killed