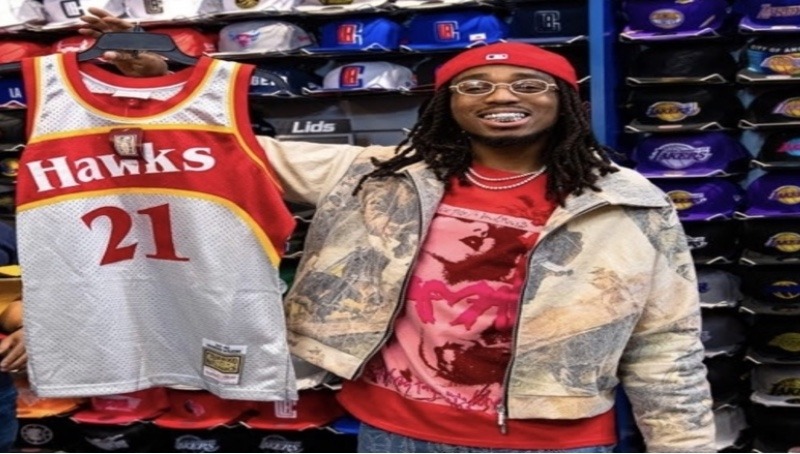 Back in June, Meek Mill became the co-owner of Lids, one of the largest sports apparel retailers in the country. Fans can purchase items of their favorite team at Lids online and locally such as in shopping malls.

Lids is now integrating hip-hop even more into their brand as according to an interview with Business Insider, Quavo of the Migos, is now a brand ambassador for them. Quavo discussed with BI on the phone about how he’s been rocking apparel from Lids for 20 years now and his transition from being an athlete to a rapper.

“I grew up going to Lids. I grew up shopping at Lids, you know what I’m saying? Lids has been around for more than 20 years. I’m 28. Most definitely one of the biggest with the caps, with the hats, with the lids, with everything. Right now, hats have made this run back. Back then, it was snapbacks, then it was fitteds, and then it was snapbacks again. And right now, in this time, like 2019, 2018, 2020, I think the fitted caps are making a comeback, and I just feel like it’s the right time to link with Lids.“

As far as Meek’s involvement, Quavo said that he brings the streets, resilience and REFORM to Lids. Quavo himself feels that he brings the culture and guys who “could’ve been athletes and steered to rapping.”  These Plan B’s and C’s are also part of Quavo’s vision from former athletes when they see Lids.

Bringing Quavo on the team is definitely a good move by Lids. He’s one of the most popular figures in pop culture, a former athlete, and one who can bring a ton of publicity for the brand.

Check out one of Lids’ recent ads featuring Quavo below.

Add drip to that new cap. Let @QuavoStuntin show you how it's done with @CUSTOMZONExLIDS pic.twitter.com/u4rm1OtYtY

Continue Reading
You may also like...
Related Topics:Lids, quavo

More in Articles
Cardi B Bought $5,000 Worth of Toys For Kids at Target in Miami Area For Christmas
DJ Khaled was trending, but Twitter got worried it was his health or his nudes leak, thankful and relieved on both fronts, finding out he was dragged into the Lizzo weight debate, as people go in on Boyce Watkins for fat shaming her and not the men